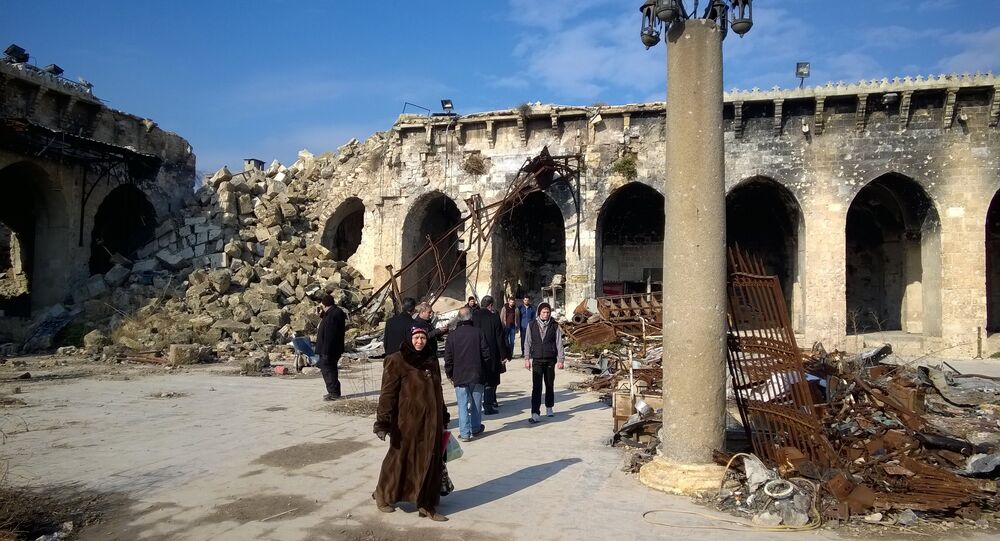 Renowned French journalist and essayist Jean-François Kahn, who founded the magazines l’Evénement du Jeudi and Marianne, has recently written an article on the fairness of the information on Syria which is being provided by the mainstream media; Sputnik France interviewed him on the issue.

While not questioning their sincerity, journalist Jean-François Kahn has wondered why most of his mainstream colleagues have taken the side of the rebels fighting against Syria's government authorities in their coverage of developments in the country.

© Sputnik / Michael Alaeddin
Western Media Does Not Show People What's Really Going on in Syria
He further questioned whether these colleagues had attempted to analyze who the rebels actually are, and what differentiates jihadists fighting in Syria from those in Algeria or Afghanistan.

Jean-François Kahn has long acknowledged that the Islamization of the protest movement started back in 2013 at the instigation of Saudi Arabia, Qatar and Turkey.

However the journalist notes that an opposition member who claims to promote humanist values such as liberalism, social justice or democracy wouldn't instinctively fly to arms and flee to join the rebels.

Hence the journalist and media manager has rebuked his colleagues for their biased coverage of the situation in the country, which boils down to the fallacy that "those who are fighting against bad guys can't be bad guys themselves."

"Apart from any personal coverage of each journalist working in Syria, there should be an international journalistic commission which would travel to eastern Aleppo, launch a journalistic investigation and reveal what really happened on the ground there," he said.

© AFP 2020 / LOUAI BESHARA
Assad and Syria Victimized by 'Biased Approach' of Western Media
"This will help us to understand whether we were right in covering the developments in the Syria's second-largest city," he explained.

However the chances are low that Jean-François Kahn's call will lead to any feasible results as the French media does not demonstrate any desire to adhere to the reasoning and the arguments of the journalist.