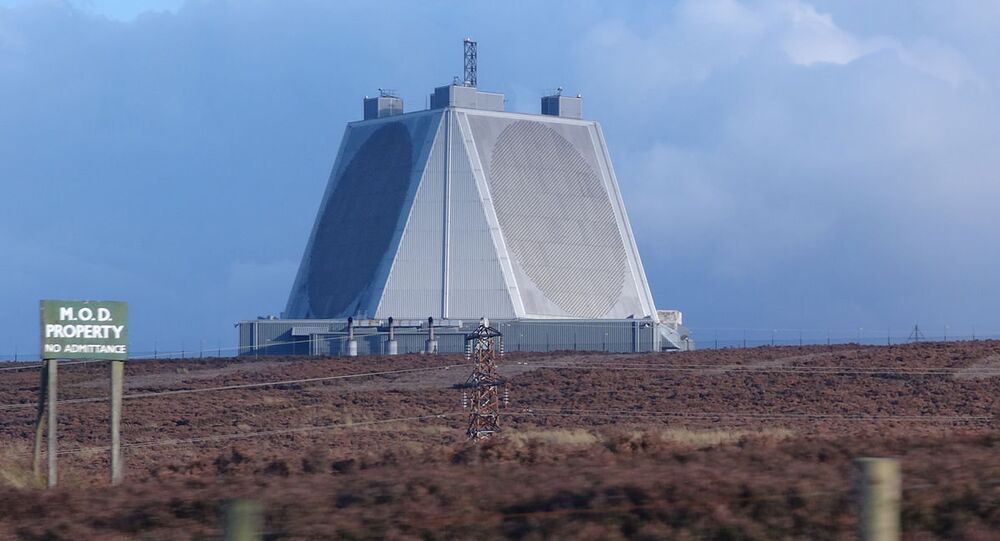 US-Qatar Radar Deal: What's the Real Reason for the Purchase

In a follow up to the recently announced deal reached between the US and Qatar on the purchase by Doha of the US' 5,000 km range early warning radar with the announced purpose to "mitigate the threat from Iranian ballistic missiles," various media sources speculate why Qatar needs such a long-range facility if Iran is only 821 km away.

© Sputnik / Vitaliy Belousov
Raytheon Wins Contract to Support Qatari Missile Defense Systems
On December 10, US Defense Secretary Ashton Carter announced that Qatar and the US have reached an agreement for Qatar to purchase a 5,000 km range early warning radar to "enhance its missile defenses."

During his trip to Bahrain, Carter said the plan was for Qatar's radar "to be integrated into a regional air defense network that would mitigate the threat from Iranian ballistic missiles."

The issue was first raised in July 2013 when Qatar requested a Raytheon AN/FPS-132 Block 5 long-range early warning radar at an estimated cost of $1.1 billion.

The Raytheon Company, a major US defense contractor, was also awarded a $2.4 billion contract in December 2014 to build Qatar an Air and Missile Defense Operations Centre (ADOC) that it said will "integrate US air defense systems — including Patriot, the Early Warning Radar, and THAAD — with European air defense systems and radars, and Qatar's Air Operation Centre."

The announcements prompted many media sources to delve into what might be the real actual reason for the purchase.

"The announced range of 5,000km (3,100 miles) by far exceeds the requirement to counter a missile threat coming from Iran," says the Strategic Culture Foundation online journal.

© CC BY 2.0 / Expert Infantry / Best Army Photos 2
Raytheon Wins Millions to Train Qatar Air Force to Use Patriot Interceptors
There are shorter range radars to support the PAC-3 and THAAD systems deployed by the Gulf Cooperation Council (GCC) countries, it further says. In theory, the truck-mounted AN/TPY-2 is the right system for the mission.

"The AN/FPS-132 to be based in Qatar is a very special case. It is designed to be used as an early warning system against strategic offensive assets – something Iran does not possess," the outlet reasons.

It further notes that the distance from Qatar to Iran is just 821 kilometers (510 miles). It is roughly 1,700 km (1,056 miles) from Qatar to Turkmenistan across the territory of Iran.

"Obviously, one does not need a radar with an operational range of 5,000km to counter a threat coming from Iran. There is no other reasonable explanation for the choice, except the fact that the AN/FPS-132 can monitor large chunks of Russian territory," it suggests.

"The announcement of the US-Qatar deal is a demonstration of the US' adamant resolve to surround the Russian Federation with BMD sites and neutralize its capability to deliver a retaliatory strike if attacked," the website states.

This view is echoed by the German website Contra Magazin, which also notes that the distance between Qatar and Moscow is only about 3,550 km.

"Is this really the preparation of possible military measures by the West and its allies against the alliance of Russia, China and Iran?" it wonders.

The outlet further suggests that the predominantly Sunni-led countries in the region would certainly "be enthusiastic" about forming a united front against Iran so that "the Europeans can turn against Russia and the Southeast Asians — against China — and everything under the US leadership."

Interestingly enough, the Washington-based Center for Strategic and International Studies (CSIS) recently issued its 2017 Global Forecast where it listed the US' priorities in the Middle East.

"The United States must: rebuild its strategic partnerships with its Arab allies, decide upon the US level of commitment to the defense of the Gulf against Iran, and deal with the full spectrum of Iranian challenges, counter Russia’s role in Syria and its expanding influence in the region," it stated.

© Photo : SANA
Freed Aleppo Major Defeat to Saudi Arabia, Qatar, Turkey, Serious Setback for US
"It is unclear that the United States can find any effective way to limit the growth of Russian influence in Syria, or the impact of Russian intervention on regional perceptions of its growing strategic importance. The United States will, however, have opportunities to limit its role as a source of arms and military advisers in other states, and must be ready to deal with major new Russian arms transfers to Iran. The United States can also consider 'horizontal escalation' like putting pressure on Russia in other regions such as the Ukraine, just as Russia has done to the United States in Syria. At the same time, the United States must reconsider China’s regional role both as another key source of arms sales to Iran, and in creating a new base in Djibouti," it elaborated.