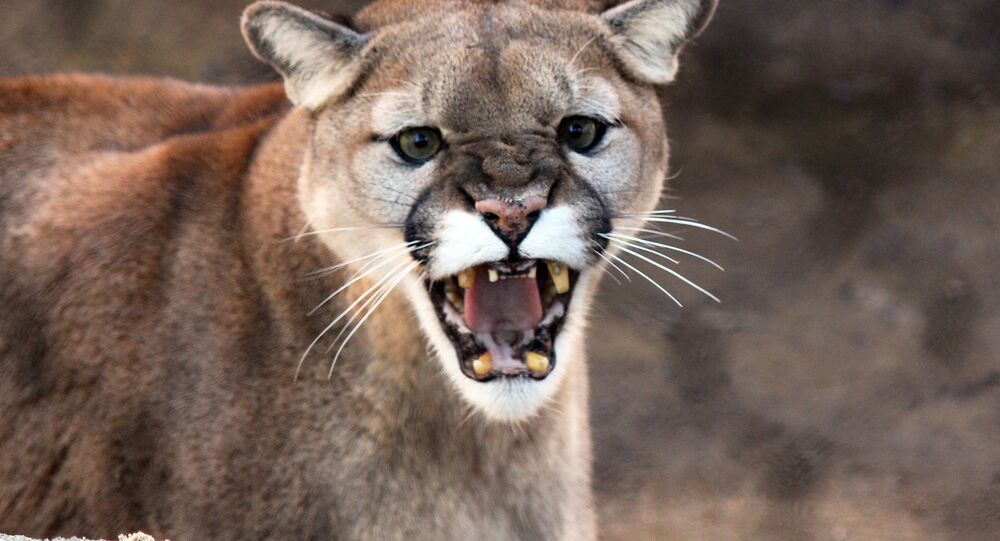 Canadian Punches Cougar to Save His Dog

A Canadian man is making the news after punching a cougar in the head to save his beloved pet dog.

Will Glib, 31, of Red Deer, was at a Tim Hortons meeting a friend for coffee on December 26, and let his two huskies out for some exercise in the parking lot. Moments later, he heard one of his dogs yelping and went running toward her.

"She (Sasha) was crying out in pain and distress so I went running," Gibb told the CBC. "And I saw something wrapped around her so I ran up and punched it in the side of the head.”

"At that point I realized it was a cougar."

© Flickr / Fran Tapia
One on One: Man Battles Savage Kangaroo to Save His Dog (VIDEO)

As the cougar ran off, the brave man ran into the woods after it, before realizing his dog had been hurt, and turning around to tend to her.

"I was swinging but I looked back and I saw that Sasha was on the ground kind of twitching," Gibb recalled. "So I went back and tried to scoop her up with my left arm."

Unfortunately, the dog was pretty shaken and began to bite Glib, just as the cougar came back for round two.

"She was fighting for her life, and I was trying to keep the cougar at bay with my right, and it was pawing at me and I was throwing punches at it,” he said.

The injured dog ran off, but the cougar remained, relentlessly fighting Glib until noticing his other dog nearby.

"I could see the cougar going for him, so I got between him and the cougar and started swinging and screaming at it, and called for my brother and friend to come give a hand," Gibb said. "And then I reached down for the closest, biggest stick that I could find and I ran back into the trees to go fight the cougar."

Eventually, Glib got both his dogs into his truck and the cougar ran off for good.

Police arrived at the scene and located the large cat, which they killed.

"I wouldn't recommend everybody wrassle with a cougar, but in this case it worked for the best,” Sgt. Jack Poitras told CBC.

The dog was left with deep bite and claw wounds on the neck and belly, but is expected to recover.

The Best Afternoon Exercise for Dogs

Man is Known by the Four Legged Company He Keeps: Cats and Dogs in 'Pawlitics'

Dogs Go Crazy With Excitement When They Realize Granny is Visiting

I Believe I Can Fly: Rescue Dogs Taught to... Pilot Plane?!