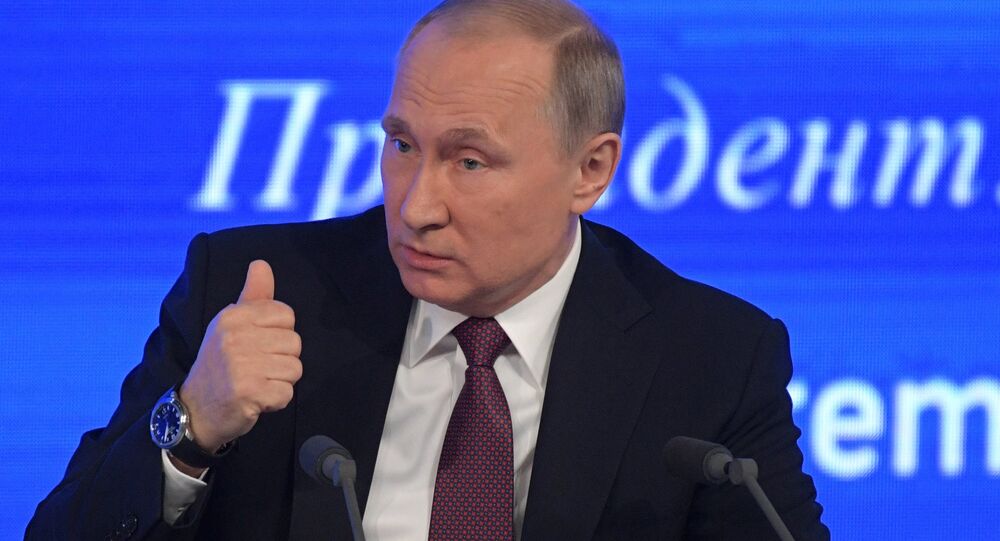 © REUTERS / Mark Kauzlarich
Nobody Believed in Trump's Victory on the US Elections But Russia – Putin
MOSCOW (Sputnik) — Russia will never spend the amounts it cannot afford should it be involved in an arms race, as the country is doing the utmost to have 70 percent of modern weapons by 2021, Russian President Vladimir Putin said at annual press conference Friday.

Moreover, Russian President added that Russia is carrying out all of its plans in the defense sphere.

"We have done everything that was necessary to reach the modernization trend, which will result in 70 percent of our arms being advanced by 2021. At this point, we are at about 50 [percent], in some sectors at about 60 [percent], the nuclear component is at 90 [percent]. Which is why we are completely satisfied, we are implementing our plans in full," Putin said at an annual press conference.

The president also said that "we have done the necessary things in order to enter the modernization trend, which should take us to having 70 percent of new and modern weapons by 2021, as of now we are already at 50 percent, in some segments at 60 percent, in nuclear field at 90 percent already."