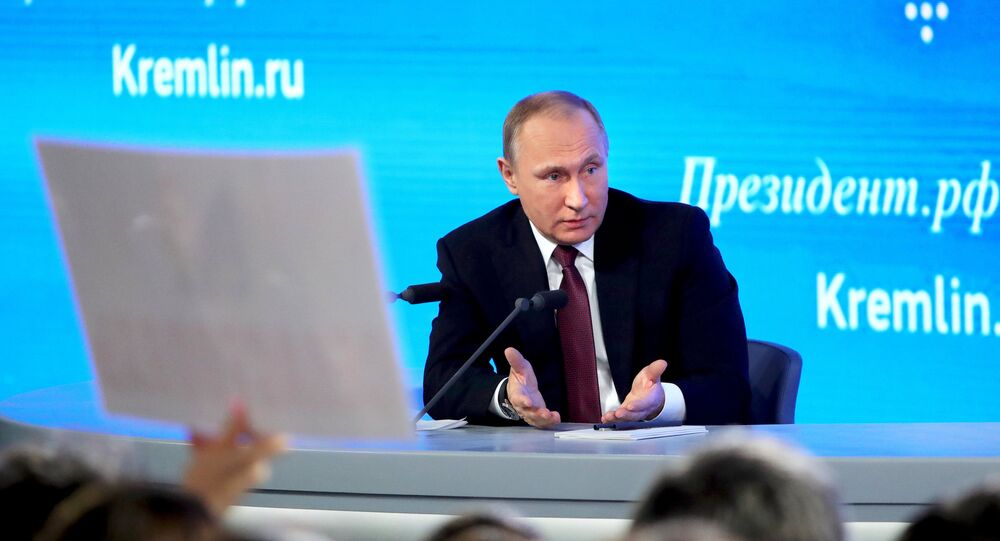 US has established the basis for the renewed arms race by leaving the Anti-Ballistic Missile Treaty unilaterally, Russian President Vladimir Putin said Friday.

"The basis for the new arms race was created after the United States left the Anti-Ballistic Missile Treaty. This is obvious. When one side unilaterally left the treaty and said it would be creating a nuclear 'umbrella,' all on its own, then the other side had to either create the same 'umbrella,' which we are not certain that it is advantageous, considering the doubtful efficiency of this program, or it had to create the efficient means of surpassing this missile defense system and perfecting the missile strike system," Putin said at an annual press conference, adding that "we are doing this, and we are succeeding."

"That was not our idea, we had to meet the challenge," Putin said.

The United States notified Russia of its withdrawal from the treaty in 2001.