Russian President Vladimir Putin expected from Donald Trump the willing to reinforce US nuclear capabilities, as it was said at an annual press conference. 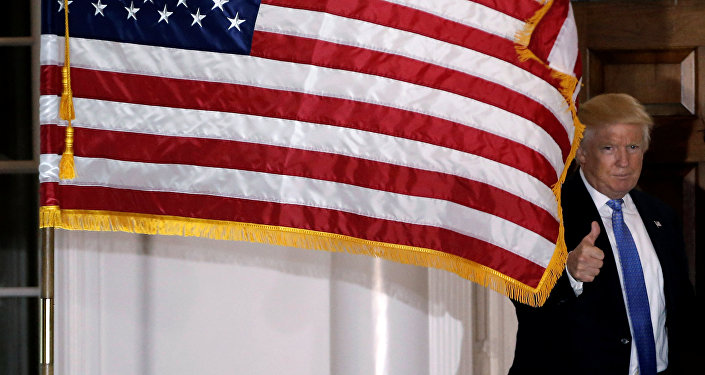 © REUTERS / Mike Segar
US Should Strengthen, Expand Nuclear Capability - Trump
MOSCOW (Sputnik) — The call of US President-elect Donald Trump to reinforce US nuclear capabilities and its army was not as surprising as the attempts by the current administration to prove the obvious fact of the US Army's superiority, Russian President Vladimir Putin said at an annual press conference.

"As for President-elect of the Unites States Donald Trump [and his comment on nuclear enhancement], there is nothing new. During his election campaign, he spoke about the necessity to strengthen US nuclear capabilities, its army, this is not surprising," Putin said.

"To be honest, I was surprised by the statements of the official representatives of the current [US] administration, who, for some reason, began to try proving that the US Army is the most powerful in the world. Nobody is arguing about that," the president said.

On Thursday, Trump wrote on his Twitter account that the United States had to "greatly strengthen and expand its nuclear capability until such time as the world comes to its senses regarding nukes."