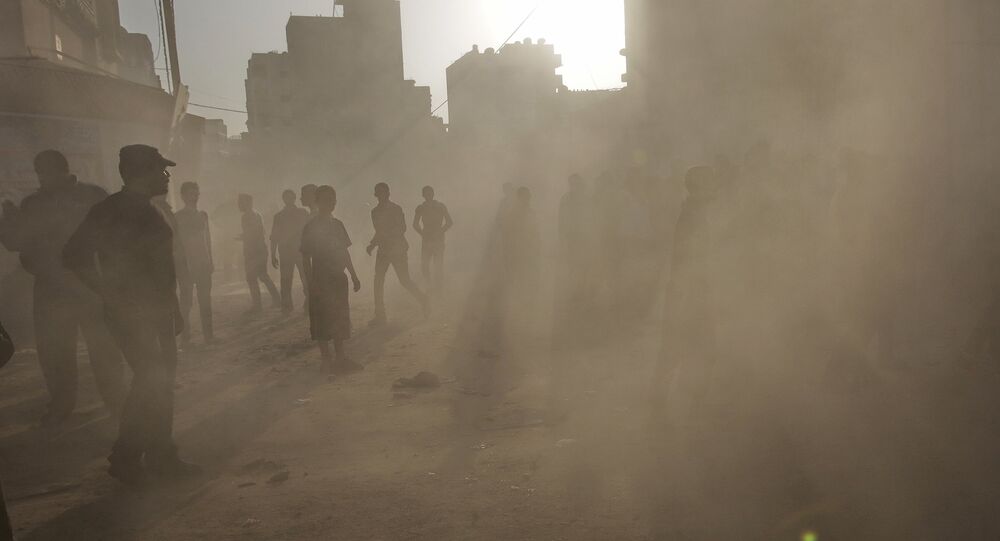 © AFP 2020 / KENZO TRIBOUILLARD
Int’l Conference on Palestine-Israel Settlement May Take Place on Dec.23 in Paris – Envoy
CAIRO (Sputnik) — US President-elect Donald Trump and Egypt’s President Abdel Fattah Sisi discussed in the phone call the Israeli-Palestinian conflict and agreed to give the incoming administration more time to lay the foundation for its resolution, Sisi’s press service said in a statement issued Friday.

“The sides agreed that it was important to provide the new administration with an opportunity to engage comprehensively in all aspects of the Palestinian problem with the aim to reach a comprehensive and definitive solution to the issue,” the statement read.

Sisi and Trump also touched upon Egypt’s draft resolution submitted to the UN Security Council condemning the Israeli settlement policy, according to the statement.

On Wednesday, Egypt submitted a draft resolution calling on Israel to "immediately" halt all Jewish settlement activities in the West Bank and in East Jerusalem, which was expected to be voted on Thursday. However, the Security Council postponed the scheduled vote while a new date has not been set yet.

The situation with Israeli settlements in the West Bank and East Jerusalem has recently been aggravated by the Israeli legislative proposals to legalize settler buildings on what Palestinians consider their land. The bill has so far passed its first hearing.

More than 500,000 Jewish settlers live in the West Bank, including in East Jerusalem, according to the United Nations.