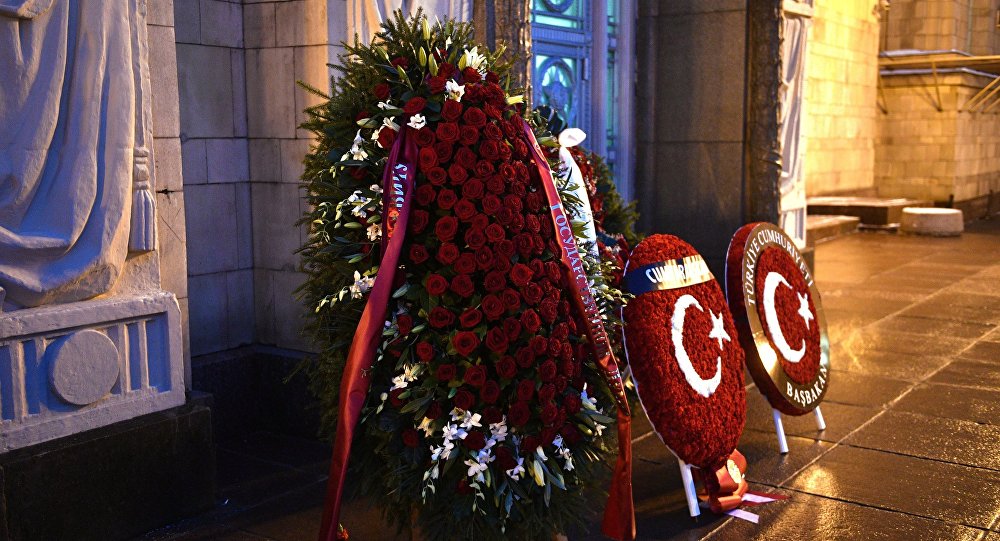 This is no justification for Russian Ambassador to Turkey Andrey Karlov’s murder and similar kind of incidents, Vice-Chair of Delegation to the EU-Turkey Joint Parliamentary Committee of the European Parliament Takis Hadjigeorgiou told Sputnik.

© Sputnik / Iliya Pitalev
Morocco Authorities to Probe Offensive Comments About Karlov’s Assassination
MOSCOW (Sputnik) — No events in the world, including the ongoing Syrian crisis that threatens to spill over into neighboring states, could serve as a justification for Russian Ambassador to Turkey Andrey Karlov’s murder and similar kind of incidents, Vice-Chair of Delegation to the EU-Turkey Joint Parliamentary Committee of the European Parliament Takis Hadjigeorgiou told Sputnik.

The murder of Russian Ambassador to Turkey Andrey Karlov has no justification and the unresolved Syrian crisis will continue to cause worldwide damage, Vice-Chair of Delegation to the EU-Turkey Joint Parliamentary Committee of the European Parliament Takis Hadjigeorgiou told Sputnik on Thursday.

Karlov, assassinated in Ankara on Monday, was buried on Thursday at the Khimki cemetery in northern Moscow. The diplomat was buried with military honors: an honor guard and a military orchestra took part in the ceremony, while the coffin with his body was covered with the Russian flag.

"I have constantly argued that the failure to resolve the Syrian crisis, which now enters its sixth year, confronts us with its short and long-term implications that are hard to predict and manage. The more the problem remains unresolved the more it will spill over to the neighboring region and the world at large. And the negative side effects associated with it will continue to magnify and blow out of proportion … That being said, there is no justification for such a horrendous attack against the Russian Ambassador," Hadjigeorgiou said when asked whether the attack could have been triggered by Russia-Turkey cooperation on Syria crisis settlement.

© Photo : Russian Embassy in Turkey
Israeli Ambassador to Turkey Got Letter From Karlov Morning After Assassination
Hadjigeorgiou strongly condemned the attack on the Russian ambassador and conveyed his condolences to Karlov's family and to the Russian people.

"Be that as it may, I dare to say that we are confronted with an existential challenge … One that demands that all major powers stay on the same page regarding their will to cooperate more closely so that they can resolve the Syrian crisis and confront its negative impact across the world," Hadjigeorgiou added.

Karlov was shot at the opening of an art gallery exhibition by Turkish off-duty police officer Mevlut Mert Altintas on Monday. Three more people were also injured in the shooting. The Russian Foreign Ministry said it considered the attack a terrorist act.