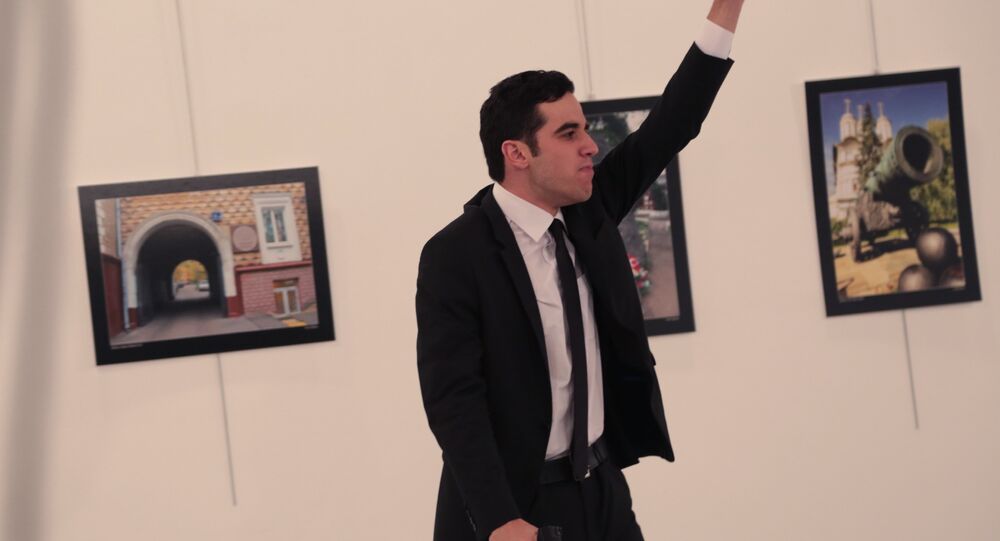 It appears that the man who murdered the Russian ambassador to Turkey has helped safeguard President Erdogan on several occasions since the July coup attempt.

It should be noted, however, that while Altintas did participate in these events, he was not a member of Erdogan’s security detail.

The newspaper also points out that just prior to the coup attempt on July 15, Altintas called in sick, and it remains unclear exactly what he was doing during that time when the conspirators were attempting to overthrow President Erdogan.

On Monday, December 19, Russian Ambassador to Turkey Andrei Karlov was shot dead by Turkish police officer Mevlut Mert Altintas at an art gallery exhibition opening in Ankara. Three other people were also injured in the attack. The Russian Foreign Ministry said it considers the incident a terrorist act.

A day later Turkish Foreign Minister Mevlut Cavusoglu allegedly told Secretary of State John Kerry that Ankara 'knew' that the terrorist organization Fethullah Gulen was behind the ambassador's death. Washington's continued harboring of Gullen, whom Ankara has been accused of plotting the failed Turkish coup plot in July, has led to a significant cooling in Turkish-US relations.