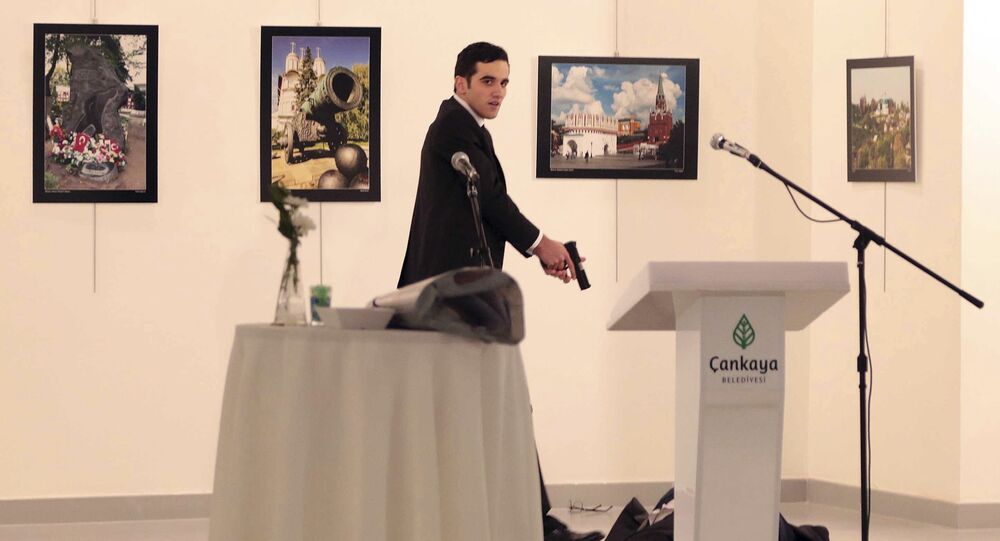 The terrorist group claimed responsibility via a letter which appeared on the Internet.

© REUTERS / Umit Bektas
No Happy Ending: Ambassador's Murder Reprisal for Victory in Syria
Earlier in the day Turkish media reported that the number of people detained in the investigation over the assassination of Russian Ambassador to Turkey Andrey Karlov has grown to 13.

The arrests were carried out in the province of Ankara, in addition to the southwestern provinces of Izmir and Aydin, the NTV broadcaster cited police as saying.

Karlov was shot and killed at an art gallery exhibition opening in Ankara on Monday. The Russian Foreign Ministry said it considered the attack a terrorist act.

Previous reports indicated that six relatives of the perpetrator have been detained. Some of them are reportedly linked to the so-called Fethullah Gulen Terrorist Organization (FETO), accused by Ankara of organizing a failed coup in July.

Earlier this year, leaders of the al-Nusra Front terrorist group made a seemingly strange decision: to break up with al-Qaeda and change their name.

The group's leader Abu Mohammad al-Julani announced the amicable split from al-Qaeda on July 28, adding that the group would not be linked to any foreign party. He also said that the organization changed its name to Jabhat Fateh al-Sham (Front for the Conquest of Syria).