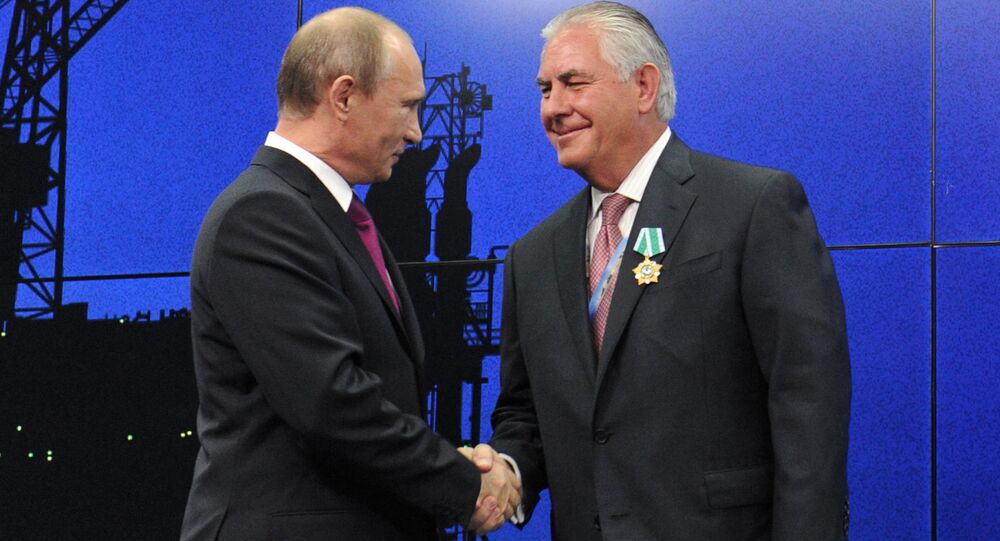 President-elect Donald Trump’s pick for US Secretary of State, big-oil CEO Rex Tillerson, could be a key component in the former’s efforts to take a tougher stance against Iran.

Tillerson’s business relationship with Russian President Vladimir Putin could prove fruitful while the US works to get rid of international partners for its nuclear treaty with Iran, an agreement which Trump has referred to as "the worst deal." A special team including Tillerson has begun assembling a new Iranian nuclear accord without consulting the original co-signers of the deal, DebkaFile reports, excluding Russia, China, Germany, the UK and France.

Tillerson could be just the man to "sell" Trump’s bilateral agreements, DebkaFile adds.

​The team is comprised of former Exxon executives with knowledge of Iran’s oil markets, Trump’s pick for national security adviser Lt. Gen. Michael Flynn, scientists, intelligence officers, and other military leaders, a source told the news outlet. None of the team members working on a revised deal were members of the teams that set up the original nuclear accord, according to the report. The source maintained that the team would also detail contingency plans in the event that Iran refuses a reworded nuclear arrangement, primarily in the form of the same devastating economic sanctions Tehran suffered prior to the historic nuclear agreement’s conclusion in 2015.