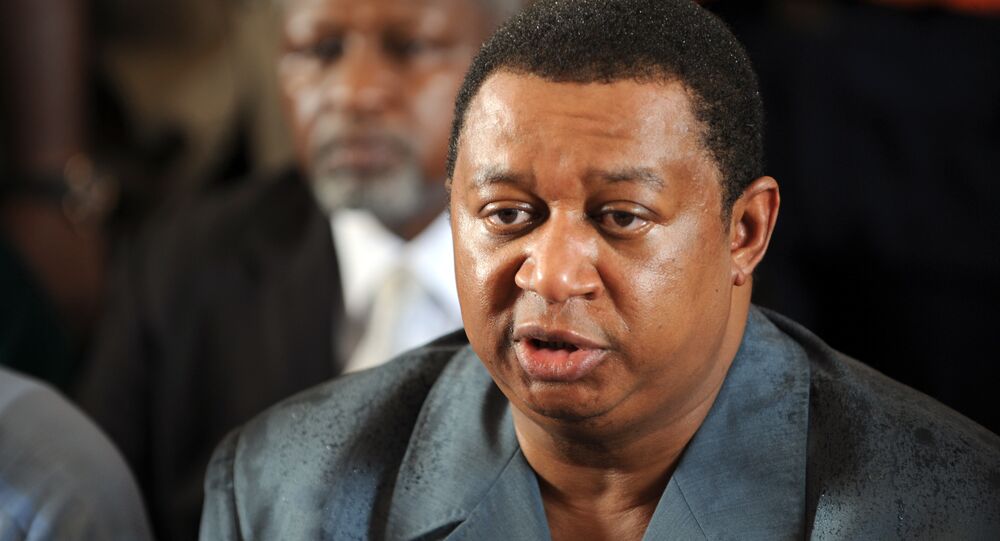 OPEC Secretary-General Mohammad Sanusi Barkindo told Sputnik that he will likely meet with representatives of US President-elect Donald Trump’s team during his visit to the United States.

© AFP 2020 / JOE KLAMAR
OPEC Chief Expects More States to Join Deal on Cutting Oil Output, Including US
WASHIHNGTON (Sputnik) — Organization of the Petroleum Exporting Countries (OPEC) Secretary-General Mohammad Sanusi Barkindo told Sputnik on Tuesday that he will likely meet with representatives of US President-elect Donald Trump’s team during his week-long visit to the United States.

"I may meet some. Yes," Barkindo said.

When asked whether he is meeting the Trump representatives in Washington, DC or in New York City, where the Secretary General is heading next, Barkindo noted, ‘’In Washington and New York."

Barkindo told journalists earlier he has no plans to meet earlier if he will meet with Rex Tillerson, the chairman and CEO of Exxon Mobil and nominee for US secretary of state in the Trump administration.

The Secretary-General added that they are hopeful that with the incoming administration there will be a global engagement led by the United States "in ensuring the much needed stability in energy markets."

Earlier on Tuesday, Trump officially announced he would nominate Tillerson to be the United States’ next top diplomat.

Tillerson joined Exxon in 1975 as a production engineer and served as the company’s senior vice president and president before being elected chairman and chief executive in 2006.

The US media reported on Tuesday that Trump is considering nominating former governor of the US state of Texas Rick Perry for the position US Secretary of Energy.