US President-elect Donald Trump's statement on the One-China policy regarding relations with Taiwan may be fraught with far-reaching consequences, political analyst Dmitry Mikheyev told Sputnik. 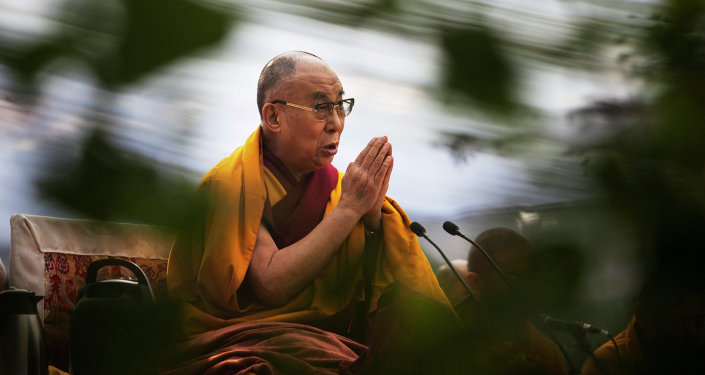 © AP Photo / Tsering Topgyal
No, Trump Meeting With the Dalai Lama Wouldn't Actually Break US-China Relations
In an interview with Sputnik, political analyst Dmitry Mikheyev warned that US President-elect Donald Trump's statement on the One-China policy will have serious repercussions with respect to US-China relations.

Late last week, Trump said that he would not stick to the One-China policy on relations with Taiwan. Trump also addressed a note of protest from China filed over his earlier phone call with the president of Taiwan, saying that he does not want Beijing dictating to him.

"I don't know why we have to be bound by the one China policy unless we make a deal with China having to do with other things, including trade," Trump said in Sunday's interview with FOX News in response to a question on China's reaction to his earlier phone conversation with Taiwanese President Tsai Ing-wen.

According to Dmitry Mikheyev, a diplomatic showdown between Beijing and Washington may finally lead to an economic war between the two countries. In this regard, he referred to Trump's electorate, who demand, taking measures against China. The country is seen by them as the United States' arch-foe.

"An economic war between China and the United States really is in the pipeline. During his election campaign, Trump pointed his finger at China, which he said is the cause of what is now happening in America, [that it's been] hit by de-industrialization. While the American middle class becomes impoverished, high-tech industry moves away to China," Mikheyev said. 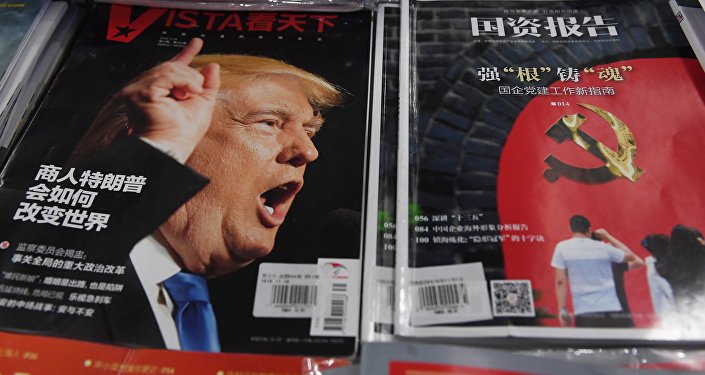 © AFP 2019 / GREG BAKER
Big Trouble With Big China: Trump's Taiwan Comments Spark Outrage in Chinese Media
Now that the United States and China are in a war of words over Taiwan, it should be perceived in the context of the economic impoverishment of the US middle class, which remains a huge problem," he stated.

"Trump does not want to start a war of tariffs because it will be a tremendous crisis for the world economy; he seeks instead to force China to increase the yuan exchange rate and take other steps. Trump, of course, does not want a full-fledged economic war and he is trying to find an instrument [to put] pressure on Beijing. But China is already so powerful that it can destroy the US financial system," he pointed out.

"In this vein, Trump has yet to determine a 'red line' that cannot be crossed in Washington's relations with China," Mikheyev concluded.

Speaking at a news briefing earlier this week, Chinese Foreign Ministry Spokesman Geng Shuang said that "we ask the new administration of the United States and all of the officials to fully understand the high level of sensitivity of the Taiwanese issue." 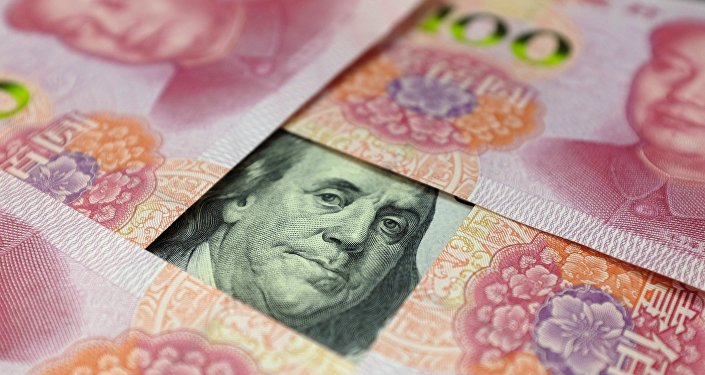 © REUTERS / Jason Lee
This is How China Could Respond to a 'Trade War' With US, Japan
A phone call between Trump and the Taiwanese President broke with the White House's four-decade-long adherence to the One-China policy regarding what Beijing considers a breakaway province.

Trump became the first US President-elect to speak with a Taiwanese leader in an official capacity since the United States severed ties with the island nation in 1979 in favor of improving relations with Beijing.

An Earnest Mistake? WH Spokesman Blames China for Meddling in US Election

Trump Says US Must Improve Relations With China

US Officials in Touch With Beijing to Reaffirm One-China Policy