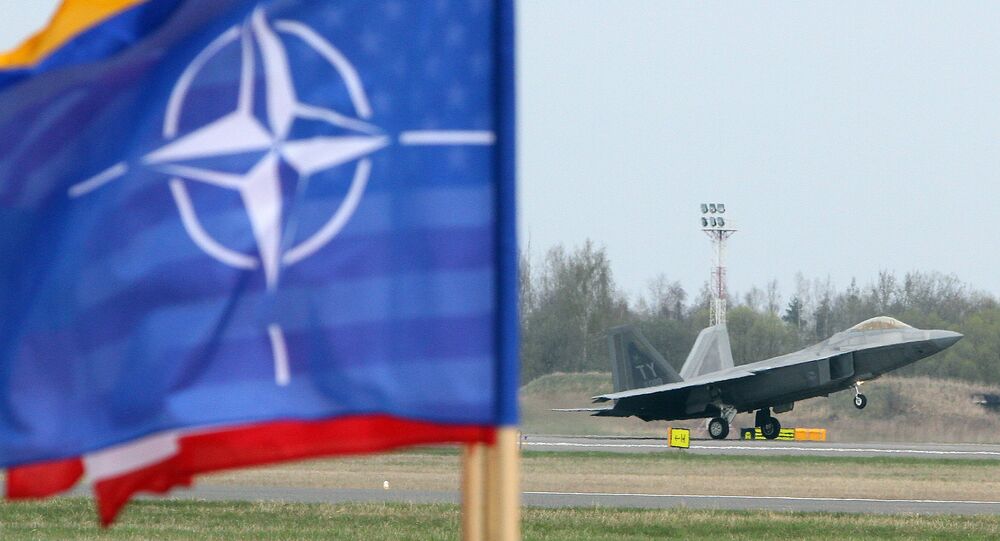 A NATO military buildup and an increase in its countries' defense spending are setting the stage for a potential arms race, whereas Russia's alternate policy of reducing its military budget can be seen as its way of pursuing optimization, expert Alexey Fenenko told RIA Novosti.

Earlier, referring to an annual report by Jane's Defense Budget, the Financial Times said that Russia, for the first time since the 1990s, was not among the top five countries in terms of defense spending.

Russia's military spending in 2016 stands at about 48.5 billion dollars, according to the report, which also said that the 2016 defense budget of the US amounts to 622 billion dollars and tops the list.

military spending: NATO vs the rest of the planet pic.twitter.com/HtQTgSmSmr

Commenting on the matter, Alexey Fenenko drew attention to differences between Russia's defense policy and NATO's.

"Russia is pursuing a policy of optimization. It deals with concrete tasks and possibly pays less attention to developing costly systems. Namely, Russia focuses on how to block costly high-precision systems, while NATO concentrates on developing these systems," he said.

The expert also noted that the allocation of money for defense purposes is highly influenced by the so-called giant bureaucratic systems which are often involved in the embezzlement of funds.

"Huge sums are earmarked for the creation of so-called advanced weapons, which were mentioned 30-40 years ago but were never seen," he added.

Fenenko cited a whole array of expensive military projects which he said "lead to nothing."

"Although we cannot call it a new arms race, it contributes to the creation of an infrastructure for a future arms race, something that is currently happening in the West," he concluded.

© REUTERS / Ints Kalnins
NATO 'Far Too Often Acts as an Offensive Alliance' Toward Russia
Earlier this year, a Pew Research poll revealed that just a third of NATO member states think that they should increase defense spending.

Only 32 percent of NATO countries believe that the military spending should be increased, while 47 percent want it to remain at the current level, according to the survey.

The Netherlands and Poland are the top two countries in support of the increased military spending, while Spain, Italy and Greece would like to invest less.