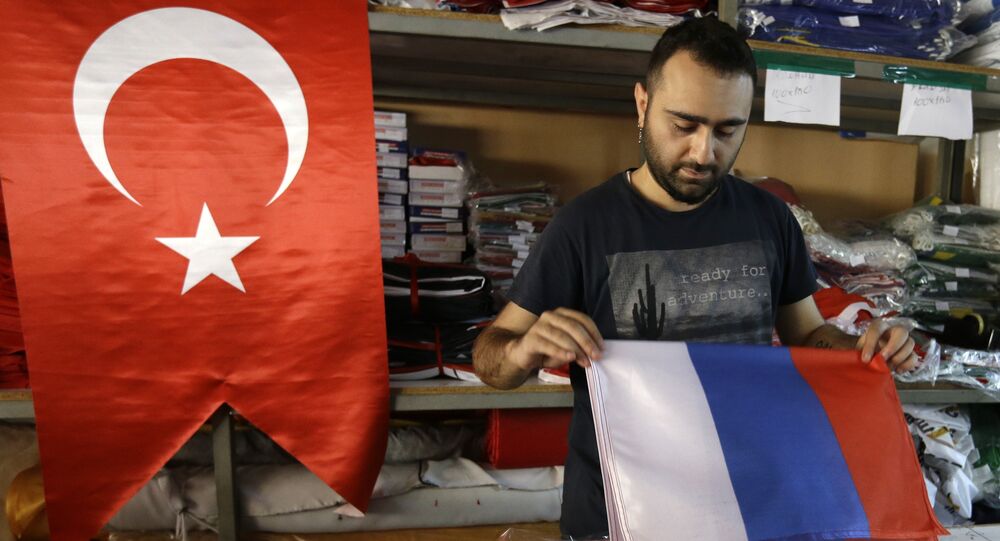 The Syrian Army continues to clean eastern and southern neighborhoods of Aleppo amid reports speculating about the future of the city of Idlib, which receives the jihadists who agreed to surrender and leave Aleppo.

© REUTERS / Omar Sanadiki
Agents of Chaos: 'Just as Life in Syria Shows Promise of Getting Back to Normal, US Ramps Up War'
In an interview with Sputnik Turkey, Turkish political analyst Serhat Erkmen commented on the ongoing liberation of Aleppo which comes amid reports wondering the future of the city of Idlib, which is located near the Syrian-Turkish border and which receives the jihadists who agreed to surrender and leave Aleppo.

Describing the Syrian Army's success in Aleppo as "a psychological turning point" in the Syrian conflict, Erkmen stressed that it will help Syrian authorities gain diplomatic advantage during the much-anticipated talks on the Syrian settlement.

"The Syrian government will now sit at the negotiating table taking control of Aleppo, and it will give the government a weighty diplomatic advantage during the talks. Holding the center of Aleppo under control is a great success in terms of motivation," he said.

He suggested that the beginning of February may see the intensification of fighting near Idlib, where a whole array of armed groups are currently stationed.

"A large-scale military operation is due to kick off in Idlib in the foreseeable future. Given that Idlib is a city with densely populated areas, it is safe to assume that hostilities there last for at least three months," Erkmen added.

According to him, during the imminent armed clashes in Idlib, Turkish-Russian relations will have to undergo a new test of strength.

"Both Russia and Turkey have a number of expectations with respect to each other when it comes to the process of the Syrian settlement. In a sense, [a possible quarrel] in Idlib could become a test of strength in relations between Moscow and Ankara because if the two countries manage to achieve a sustainable agreement, it will determine the development of the situation in Idlib," he said.

At the same time, he added that it is necessary to take into account the fact that the situation in Idlib is directly linked to the events in the cities of Al-Bab and Raqqa, as well as the possible liberation of Mosul, Iraq  from Daesh terrorists, which Erkmen said may finally change the balance of power.

© AP Photo / Hassan Ammar
Sidelined in Syria: US Irked by 'Success of Moscow and Damascus in Aleppo'
The United States and Russia agreed on Sunday to open up evacuation routes for civilians and lightly-armed militants in eastern Aleppo, according to a text of the proposal seen by US media.

The agreement will be implemented within 48 hours, the news agency Reuters said. It cited an opposition official which said that militants had yet to respond to the proposal. The Syrian government, for its part, is to guarantee a safe exit.

If implemented, the deal will have militants from the al-Nusra Front terrorist group brought to Idlib province. Other militants will be free to go elsewhere as long as they leave heavy weapons behind.