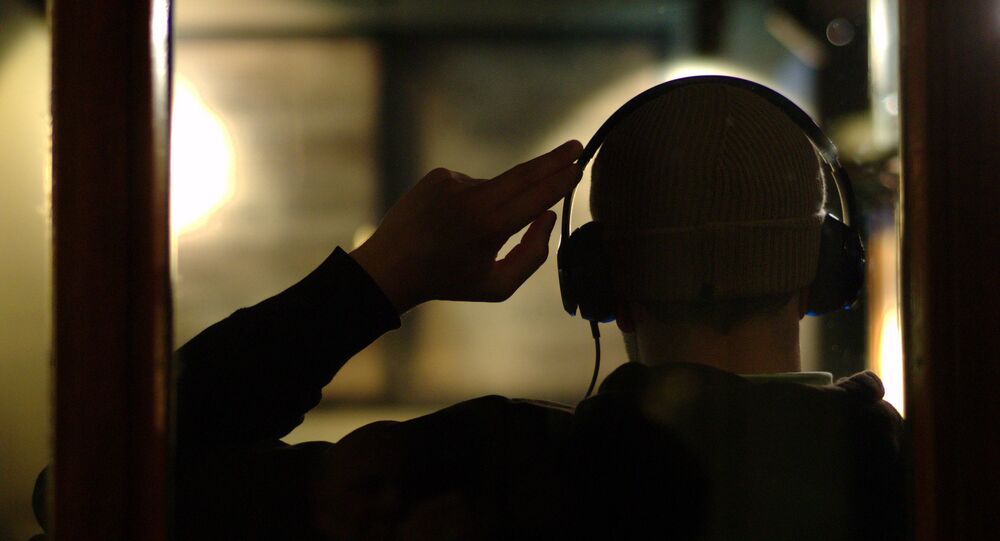 © Flickr / Philippe Put
France's Meek Reaction to Latest Wiretap Scandal 'Shocking, But Not Surprising'
Earlier this week, French newspaper Le Monde published a report based on the Edward Snowden files which revealed that beginning in 2007, the US National Security Agency (NSA) and UK Government Communications Headquarters (GCHQ) had been developing ways to intercept data from passengers traveling on board commercial aircraft.

The Snowden files reveal that from 2005, one of the targets for the surveillance of in-flight telephone calls was France's national carrier, Air France. The NSA project was called "The tracking of civil aircraft throughout the world," and was intended to avoid "a new September 11," Le Monde reported.

From the end of 2003, "the CIA considered that Air France and Air Mexico flights were potential targets for terrorists," and NSA's legal department stated that "there is absolutely no legal problem in targeting aircraft from these two companies abroad," and "they should be kept under strict surveillance from the point at which they enter American air space."

Cyberstrategy expert Yannick Harrel told Sputnik France that in the US, privacy concerns have been subordinated to a wide range of surveillance powers which come into place due to technological advancement and legislation such as the 2001 Patriot Act, which has since been extended by President Barack Obama.

"From an ethical point of view we are talking about personal data, the prior agreement between and air passenger and the airline, and the passenger name record (PNR). For Americans it's not so much a question of ethics, as much as national security, especially taking into account the extraterritorial principle of US laws, beginning with the Patriot Act. This proposes to protect the lives of American citizens, because arrivals or departures are considered potentially dangerous," Harrel said.

"The Snowden revelations don't change the big picture with regard to cyber-espionage. The main thing we are talking about is the technical methods."

Harrel said that the security of passenger data is key to protecting privacy, but there is always a possibility that mistakes can be made.

"Information and prevention are essential. A passenger should have the right to access and modify this data. The main thing is ensuring the security of the data. There is always input and output in the generation and centralization of data. There is always the possibility of human error, the incorrect sending of data or software."

© Flickr / EFF Photos
NSA Contractor Stole 500Mln Pages of US Secrets Over 20 Years
According to a 2010 internal information newsletter of the NSA's Signal Intelligence Directorate, classified as "top secret," the NSA had managed to intercept calls which the President of Pakistan had made aboard an aircraft.

"What do the President of Pakistan, a trafficker in firearms or cigars, a target of counter-terrorism or the member of a network for nuclear proliferation all have in common? They all used their everyday GSM phone during a flight, and were tracked by the SIGINT system," the article, called "In-Flight GSM Is No Joke," wrote.

The NSA goes on to explain the significance of this new field of espionage, given the increasing numbers of people using their mobile phones inflight: 50,000 people had already done so by December 2008, and this number which rto 100,000 by February 2009.

"What do Emirates Air, Wataniya Air, Air Blue, and Royal Jordanian have in common? Right, they are just four of the more than 20 airlines that offer in-flight GSM. Some of the other airlines that offer (or plan to offer) in-flight GSM in the coming years are Libyan Air, Afriqiyah Air, Saudi Arabian Air, TAP Portugal, Air France and Lufthansa. As you can see, many of those airlines serve 'target-rich' areas," the newsletter stated.