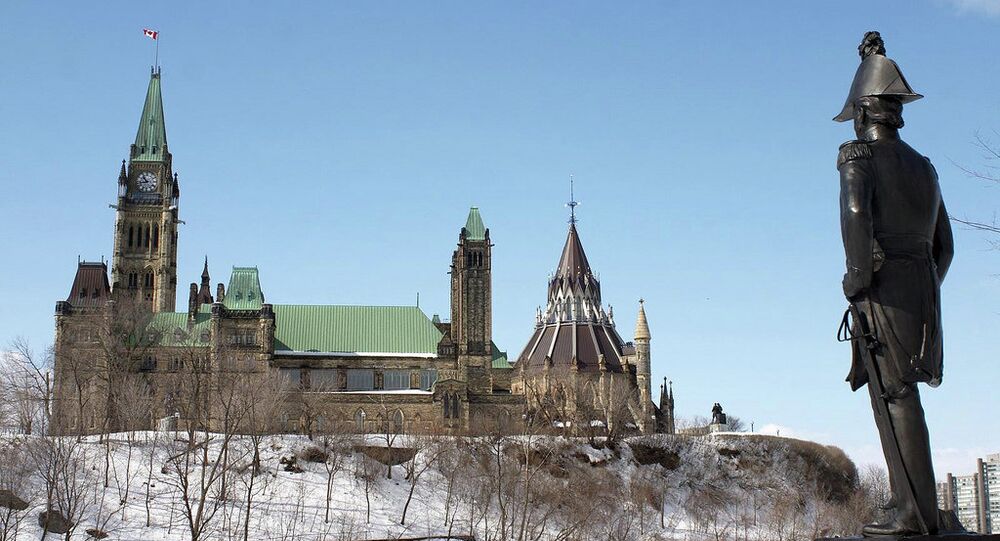 The Algonquin Anishinabe Nation, a coalition of numerous Quebec tribes, has laid a land claim to much of downtown Ottawa. The claim includes numerous islands in the Ottawa River, as well as Parliament Hill, which houses Canada’s Parliament, Supreme Court, and National Library.

The Algonquin Anishinabe claim states that the First Nation traditionally lived on the land that makes up downtown Ottawa, and "controlled occupation and use of their lands," including executing intruders. Since that time, some one hundred and fifty years ago, Canada has unfairly used and sold land that is rightfully that of the Algonquin.

"Canada and/or its agent (the National Capital Commission) have never compensated the Algonquin Anishinabe Nation for any of the federal interferences, either fairly or at all," according to the brief.

The lawsuit was brought following a proposed renovation of LeBreton Flats, a federally-owned Ottawa neighborhood whose main claim to fame is the Canadian War Museum and as a proposed site for a new ice-hockey arena for Ottawa’s beloved NHL team, the Senators.

"These LeBreton lands, for the very first time in well over a hundred years, are vacant. (The band is) looking at them and saying these lands have been occupied for a very long time — it's now time that our title's dealt with before the next project happens and the lands are sold off again."

The Ottawa River, of historical and economic significance to Canadians, was previously the land of the Algonquin people, according to the suit. The river, which the Algonquin call the Kichi Sibi (for Great River), is the center of the modern city of Ottawa.

This is the latest chapter of First Nations challenging Canadian authorities in court. The Athabasca Chipewyan First Nation is in the midst of a legal battle with the province of Alberta over construction of an oil pipeline on tribal lands, and the Union of British Columbia Indian Chiefs are feuding with provincial governments over a natural gas pipeline that would snake through First Nation lands, potentially endangering hunting and fishing grounds, as well as the water supply. In 2015, First Nations in Manitoba won a legal victory when the Federal Court of Appeal ruled that the sale of a former military barracks violated a land claim.

Under Canadian law, federal and municipal governments have twenty days to respond to the suit.