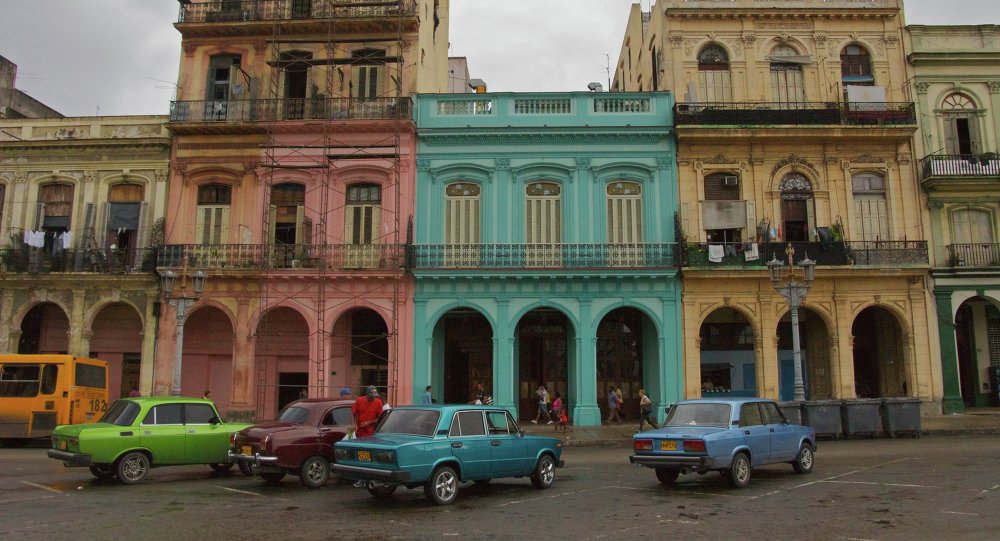 Russia is set on preserving the current dynamics of economic cooperation, at the same time building up political dialogue and strengthening humanitarian and cultural ties, Russian Deputy Prime Minister Dmitry Rogozin has announced.

HAVANA (Sputnik) – Rogozin is heading the Russian delegation taking part in the meeting of the Russian-Cuban commission on trade, economic, scientific and technological cooperation in the capital Havana.

"Recently, the geopolitical and economic situation in the world has been changing rapidly, we are basically faced with conditions that are being redrafted. In this context we express satisfaction with the multifaceted Russian-Cuban cooperation … We intend to continue further preserving the dynamics of economic turnover, building up political dialogue, trade-investment and humanitarian-cultural cooperation," Rogozin said on Thursday.

According to Rogozin, Russia and Cuba have agreed on the practical implementation of the idea to create a committee on new technologies.

© Flickr / Chris Pawluk
Russian-Cuban Relations Not to Be Affected by Fidel Castro Death
"Today, we also agreed on the practical realization of the idea to create a committee on new technologies that would work together with our commission, but differentiating issues of particular interest for Cuba and Russia," Rogozin said on Thursday.

He added that Moscow and Havana have reached a number of agreements this week, including in the spheres of aviation, road transport and electric power.

The Russian prime minister stressed that Cuba has been successfully dealing with the issues it faces, similarly to Russia, despite pressure from the leading Western states, primarily the United States.