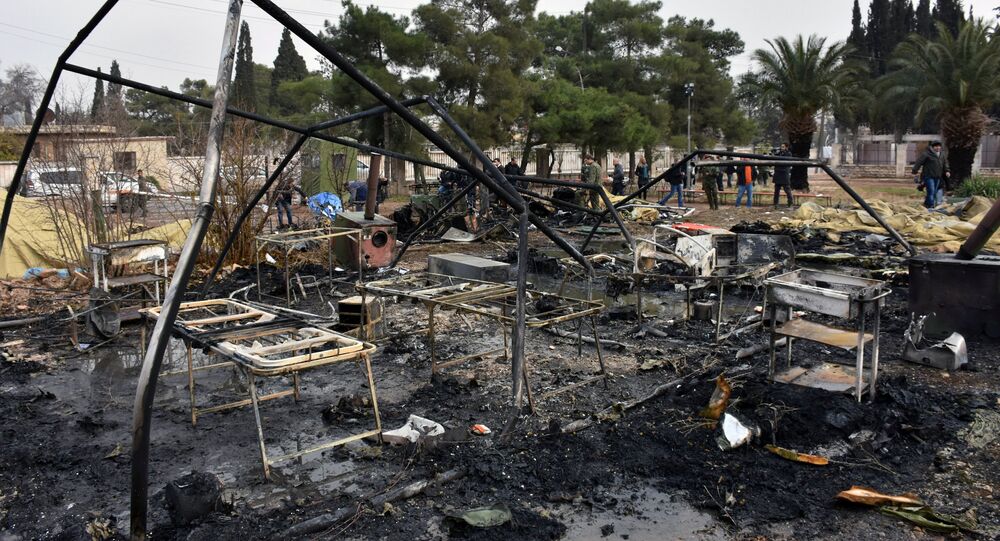 The Russian field hospital in the Syrian city of Aleppo that was attacked on Monday was supposed to be used for medical evacuations on the day of the attack, UN Special Envoy for Syria Staffan de Mistura told reporters.

UNITED NATIONS (Sputnik) — On Monday, the Russian mobile military hospital in Aleppo was shelled, allegedly by the Syrian opposition militants. Two military medics were killed in the attack and another was wounded.

© REUTERS / SANA
UN 'Completely Condemns' Deadly Attack on Russian Hospital in Syria's Aleppo
"You probably don’t know, but that facility was among those we had prepared, among others, to actually be used for the medical evacuations we were negotiating that day," De Mistura said after a UN Security Council meeting on Thursday.

Apart from the fact that the attacks on all hospitals in Aleppo have been devastatingly shocking, de Mistura noted, "that one on that day" was particularly so.

De Mistura pointed out members of the UN Security Council members acknowledged the attack and expressed shock regarding the accident.