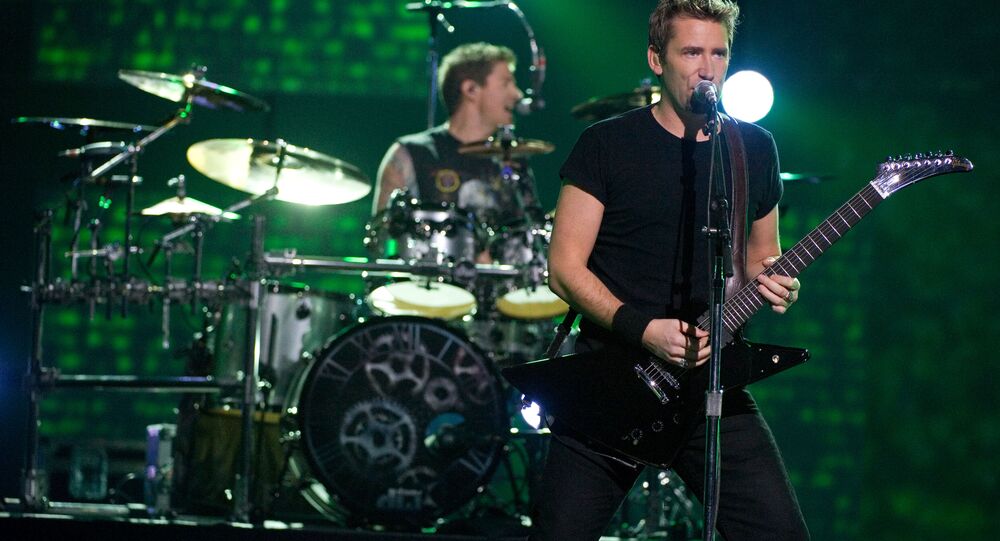 Why is the Band So Hated? Canadian Police Apologize to Nickelback

Youtube/News Funnies
Ouch! Fox News Host Hits Marching Band Member With an Ax
At some point, the attention surrounding the police department’s post was more focused on how funny the joke was, rather than the police’s advocacy against drinking and driving, the New Zealand Herald reports. Hartlen went go on to apologize to the band members, noting, “what do you do when you use a joke to carry a message, but the message turns into the joke?”

In their original post, the police force wrote, "when we catch you, and we will catch you, on top of a hefty fine, a criminal charge and a year's driving suspension we will also provide you with a bonus gift of playing the office's copy of Nickelback in the cruiser on the way to jail.”

Here is a look at a few other ways the Canadian band has been deployed to punish and disparage.

1. In May 2015, Queensland Police issue a notice to the public warning them that band members are wanted for crimes against music.

2. The Brighton, UK-based band, Royal Blood, writes that when you add together the two choices from a round of “the lesser of two evils,” you get Nickelback.

3. In his expert wisdom, FiveThirtyEight’s Nate Silver attempted to insult Donald Trump’s reputation in July, 2015 by saying that Trump is the Nickelback of the Republican field: both are “disliked by most people with a few very passionate admirers.”

4. Other pundits have used Nickelback to troll politicians, too. Here’s a picture of Ted Cruz getting heckled during the Republican primary.

5. Allegations of being affiliated with Nickelback have even disparaged the logos of professional sports teams down under.