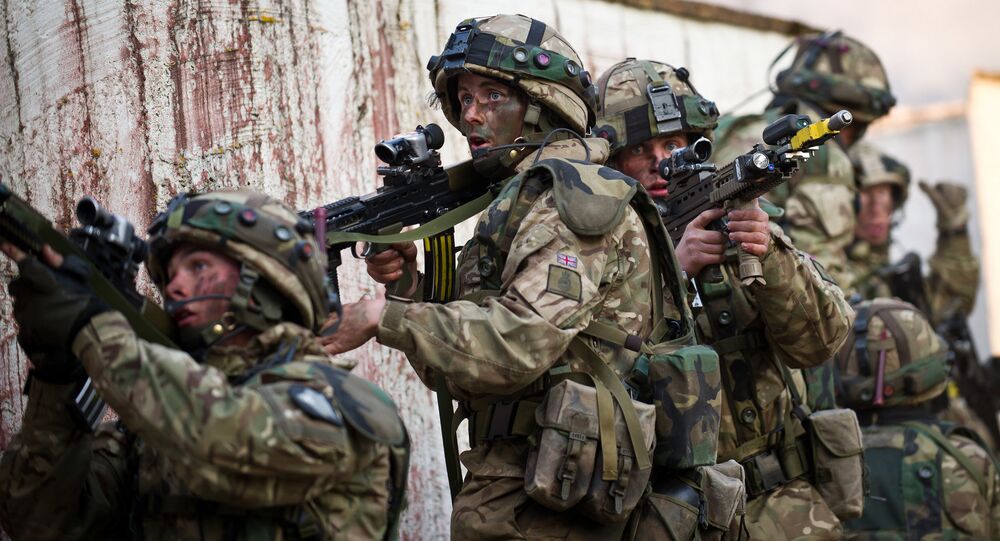 The UK's claims about a threat from Russia is an attempt to maintain international relevance after committing geopolitical self-harm with its Brexit decision, Irish journalist Bryan MacDonald told Radio Sputnik.

At the weekend UK defense secretary Michael Fallon traveled to the US, where sought to bolster support for the NATO alliance.

Fallon is the first UK government minister to visit the US since the election of Donald Trump, who called NATO "obsolete" on the campaign trail and questioned the US commitment to the defense of other members of the alliance.

On Saturday Fallon spoke at a defense forum in California, where he announced that the UK intends to increase its defense spending and commitment to NATO. He called on the US to maintain support for NATO, citing a security threat from Russia.

"Our unity sends a powerful signal of collective strength to potential adversaries. The US administration has always stood up to Russian intimidation," Fallon said.

© AP Photo / Alik Keplicz
German MoD Ex Official: NATO's Current Stance on Russia 'Same Policy Hitler Carried Out'
Irish journalist Bryan MacDonald told Radio Sputnik that the UK is particularly keen to boost its links with the US and NATO given the geopolitical consequences for London of the Brexit vote.

"With the UK leaving the EU, which is a self-inflicted choice and a wrong one in my opinion, basically NATO is the only trans-European outlet they have to project power. If NATO was to disappear or slide into further irrelevance, the UK would be effectively isolated then," MacDonald said.

In the postwar period the UK enjoyed a "special relationship" with the US thanks to the legacy of World War Two, and speaking the same language.

This relationship was particularly apparent during the time in office of Margaret Thatcher and Ronald Reagan, but since then ties have weakened and during the presidency of Barack Obama, Washington appeared closer to Berlin than London.

Germans often speak very good English, and Germany's development into an economic powerhouse since reunification 25 years ago has given it a special place in US relations with Europe that usurps the UK's position.

"That was very notable under Barack Obama, who made many more visits to Berlin than he did to London and made a lot of effort with Angela Merkel that he didn't really make with David Cameron."

© REUTERS / Hannibal Hanschke
Obama Bids Farewell to Merkel After Whirlwind Political Romance Turns Sour
"To be honest, from where Donald Trump or Vladimir Putin is sitting, the only attraction of going to London these days is maybe to get to ride in the carriage with the Queen," MacDonald said.

While EU membership had helped the UK to adjust to its post-colonial status, London will find life increasingly difficult outside the bloc, MacDonald said.

"It's hard for them, they've gone from being 100 years ago probably the strongest superpower in the world, to falling out of the top division. They're clinging on for dear life and NATO is the last thing they have."

UK to Keep Current Obligations to WTO After Brexit – Minister