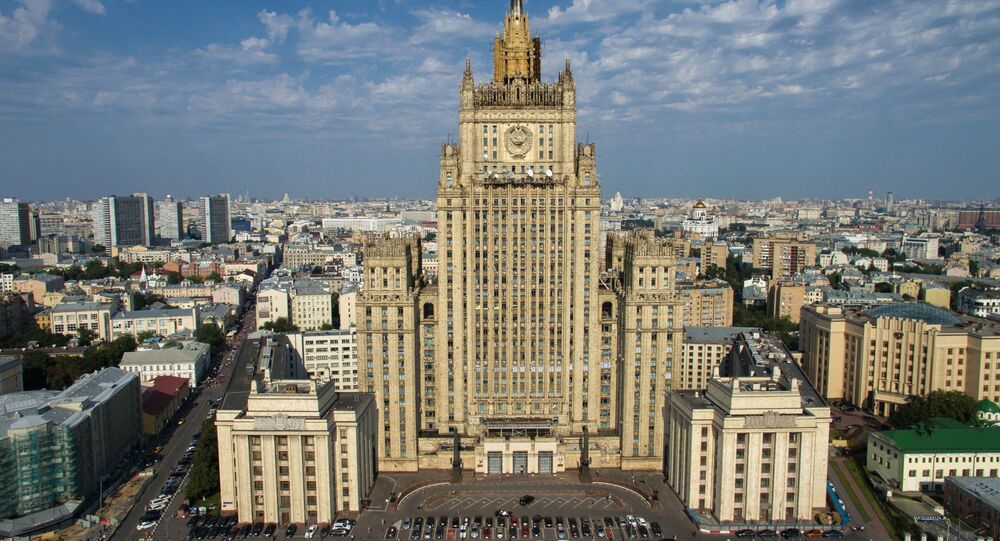 Head of the Russian Foreign Ministry’s Department for Non-Proliferation and Arms Control said that Russia expects that the agreements reached last year on the Iranian nuclear program will continue to be duly implemented.

© AP Photo / Petr David Josek
Iran to Suspend Implementation of Nuclear Deal If US Extends Sanctions - FM
VIENNA (Sputnik) – Russia expects that the agreements reached last year on the Iranian nuclear program will continue to be duly implemented, the head of the Russian Foreign Ministry’s Department for Non-Proliferation and Arms Control said Monday.

Last week, Iranian Foreign Minister Mohammad Javad Zarif threatened to suspend the implementation of the Joint Comprehensive Plan of Action (JCPOA) should the United States renew sanctions against the country.

"We regret that this issue arose. We expect that the agreements on the Iranian nuclear program will be implemented duly regardless of how things will unfold," Mikhail Ulyanov told RIA Novosti.

On December 1, the US Senate voted unanimously to prolong 1979 sanctions against Iran by another 10 years after they expire this month. The extension was endorsed by the lower chamber of the parliament last month and would now go before President Barack Obama, who is expected to sign it before he leaves office next year.

On December 2, Iranian Foreign Ministry spokesman Bahram Ghasemi said that the US decision to renew sanctions against Iran was in breach of last year’s nuclear deal.

On July 14, 2015, Iran and the P5+1 group of world powers — China, France, Russia, the United Kingdom and the United States plus Germany — signed the JCPOA, ensuring the peaceful nature of Tehran's nuclear program in return for the gradual lifting of sanctions. The agreement came into force on January 16, after the IAEA submitted a report confirming the readiness of Iran's authorities to implement the program to reduce the country’s nuclear potential.