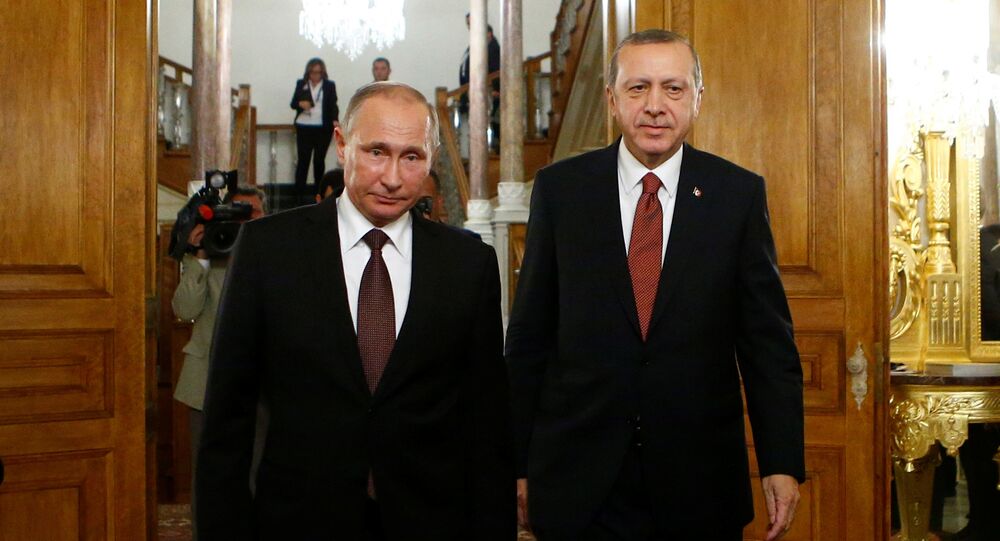 Inappropriate to Speculate on Erdogan Statement's Effect on Moscow-Ankara Ties

"No, principled and hypothetical speculations are inappropriate here," Peskov said when asked if Erdogan's statements could affect bilateral relations.

Peskov said Erdogan’s announcement on Assad, which had not been voiced in phone talks with Russian President Vladimir Putin, ran counter to Russia's understanding of the situation.

He added that Russia is the only country whose forces are in Syria legally.

On August 24, Turkish forces, backed by US-led coalition aircraft, began a military operation dubbed the Euphrates Shield to clear the Syrian border town of Jarabulus and the surrounding area of the Islamic State terrorist organization. As Jarabulus was recaptured, the joint forces of Ankara, the coalition and Syrian opposition groups continued the offensive southwest.

Lavrov to Discuss Terrorism, Political Settlement in Syria in Visit to Turkey