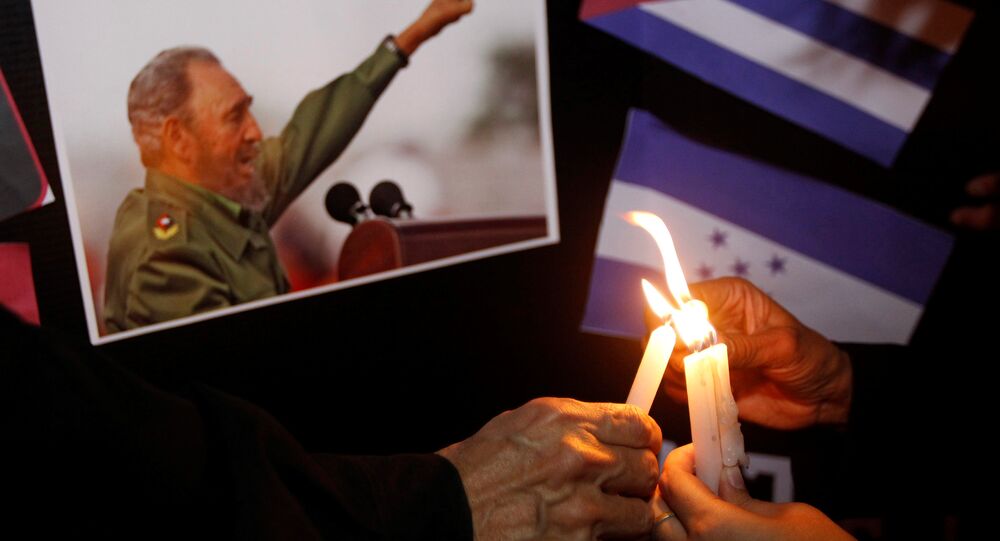 MOSCOW (Sputnik) — The death of the Cuban revolutionary and former president was announced by his brother, incumbent Cuban President Raul Castro, on Friday. A funeral ceremony has been scheduled for December 4, and will be held at a cemetery in Santiago de Cuba. Cuba has received a flood of condolences from leaders around the world, including from Russia and the United States.

"Comrade Fidel Castro Ruz was the outstanding leader of the Cuban people and a prominent political activist who made distinguished contributions to accomplishing the cause of independence against imperialism, the cause of socialism and justice, as he honorably defended the sovereignty and dignity of the country, established the socialist system where the people became the genuine masters for the first time in the Western Hemisphere," the North Korean leader said in a statement, as cited by the Korean Central News Agency.

© AFP 2021 / TOMMY WEBER
Wisdom of a Titan: Top 10 Quotes by Fidel Castro About Himself, the World and Ideas
19
Kim added that the former Cuban leader was a "close friend and comrade of the Korean people," who worked to "strengthen the friendly and cooperative relations between the two parties, governments and peoples of our two countries."

He also noted that Castro had supported North Korea's "efforts for national reunification."

Cuba established diplomatic relations with North Korea in 1960, shortly after Castro came to power, and maintains an embassy in Havana. Military and commercial ties between the two communist states have increased since Raul Castro came to power in 2008. In July 2013, the countries’ relationship was scrutinized following the interception of a ship carrying Cuban weapons to North Korea in Panama.

Assad: Fidel Castro 'Was Role Model for Liberators and the Whole World'