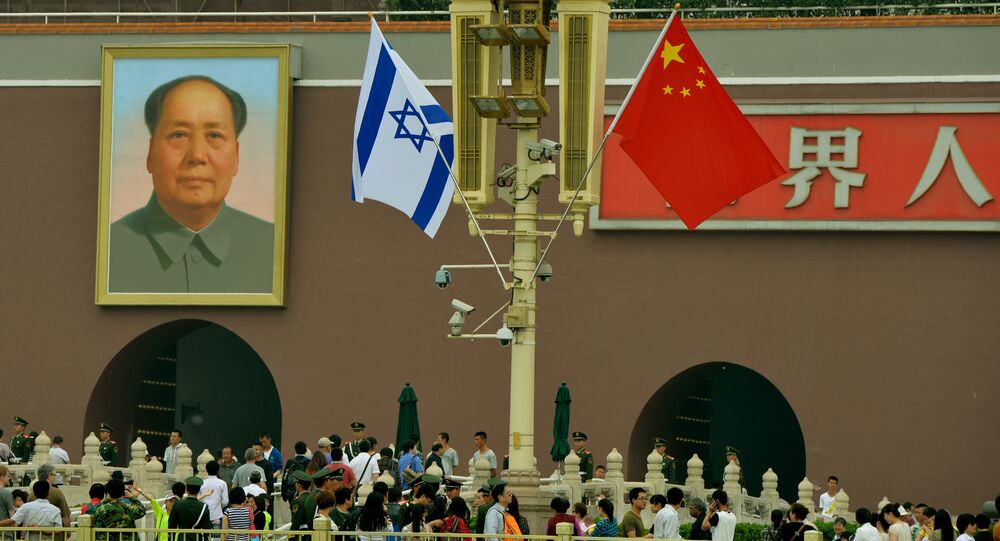 China could use Israel as a springboard to accelerate the creation of innovative startups and help it bring about a scientific and technological revolution, experts told Sputnik.

© AFP 2020 / MARK RALSTON
China to Assist Israel in Construction of Artificial Island in Mediterranean Sea
MOSCOW (Sputnik) – Some of China’s best graduates have been invited to study at Israel’s IDC Herzliya University, a nonprofit offering entrepreneurial programs. The IDCBeyond initiative will help them develop innovative ventures using technologies to take on 21st-century global challenges in the fields of sustainability, globalization and biomedicine.

"It is important that both countries deepen cooperation, including educational exchanges, to help usher in a new industrial and new scientific-technological revolution," Cheng Fengying, from China's Institute of Contemporary International Relations, said.

"Chinese-Israeli cooperation on innovations has been very fruitful. China has been importing a lot of cutting-edge Israeli equipment. Israel is a tiny state with challenging geographical and climate conditions. Its existence depends on innovations," she stressed.

Cheng said China had been widely using Israeli technologies in agriculture. Israel is a world leader in the fields of cosmetics, food and dairy technologies. Chinese firms have controlling shares in Israeli milk and dairy cooperative Tnuva, as well as in Ahava Dead Sea Laboratories, a cosmetics company.

Experts told Sputnik there were no fears in Israel over the growing presence of Chinese money in local businesses, in a sharp contrast to fierce opposition that China has met in Europe, Australia and the United States.

"Other partners of Israel’s, such as the US, have tried to prevent us from cooperating. In the military sphere, Israel was several times forced to terminate multibillion-dollar deals with China under US pressure only to see it export own products of the same kind to China. They used political influence to promote US interests and torpedo Chinese-Israeli cooperation," he said.

Robert Ilatov, a member of the Israeli parliament, Knesset, for the right-wing Yisrael Beiteinu party, told Sputnik all Israeli administrations had always aimed at deepening cooperation with China and avoiding discrimination.

"Our regulators know how to manage inflows of foreign investments. We are not scared of Chinese money and support its purchases of Israeli stocks and assets. We think it is the right thing to be an economy that is open to foreign investments, including from China," Ilatov concluded.

6.5-Magnitude Quake Registered in China Near Border With Tajikistan, Kyrgyzstan