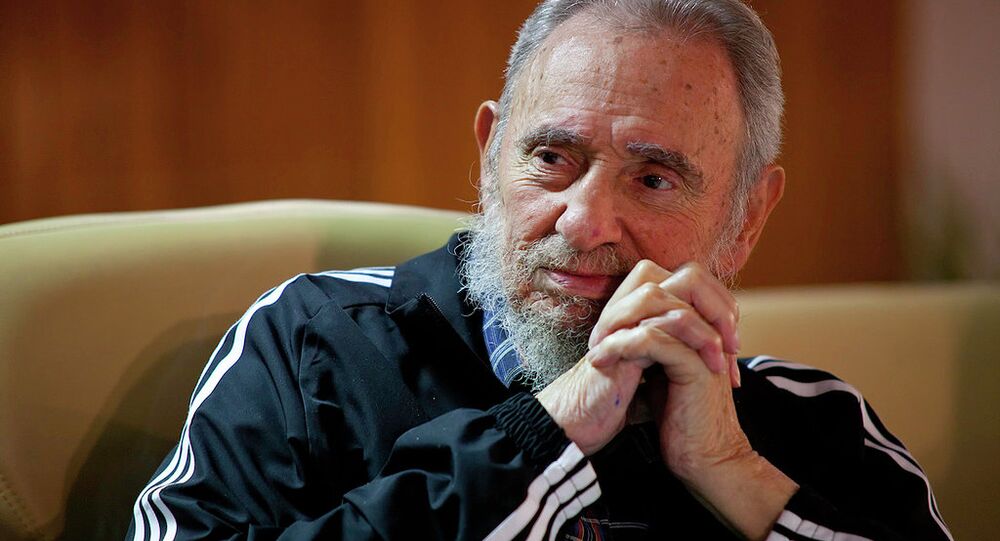 The former Cuban president died at the age of 90 and his body will be cremated under his own will, the Prensa Latina news agency reported, citing incumbent Cuban President Raul Castro, Fidel Castro's brother.

The following is his biography.

Fidel Alejandro Castro Ruz was born on August 13, 1926, in the village of Biran, Oriente Province (now Holguin Province). His father, Angel Castro, a Spanish immigrant, owned a large sugar plantation. In addition to two children from his first marriage, Castro’s father adopted the five children he fathered out of wedlock with his cook Lina Ruz Gonzalez.

Fidel and his brothers went to a Catholic boarding school in Santiago. He also attended Jesuit-run El Colegio de Belen in Havana. There he excelled in the humanities and devoted a great deal of time to sports, and was named his school’s best athlete in 1944.

In 1950, he graduated from the law department at the University of Havana, and went on to complete his graduate studies there to earn a Juris Doctor degree.

In the early 1950s, Fidel joined the Party of the Cuban People (Partido Ortodoxo). He was considered a parliamentary candidate on the party’s list in the 1952 parliamentary elections, but the party’s leadership ultimately decided Castro was too radical.

Following the military coup of March 11, 1952, which brought Fulgencio Batista to power, Castro emerged in the forefront of the struggle against the dictatorship. He formed a small group of former members of the disbanded Partido Ortodoxo and began preparing to topple the Batista regime.

On July 26, 1953, the group stormed the Moncada Barracks in Santiago de Cuba, but the attack was brutally suppressed. Castro was arrested and faced a military tribunal. At the trial, he delivered his famous "History Will Absolve Me" speech, in which he outlined a program for national liberation and revolutionary change in Cuba. Castro was sentenced to 15 years in prison, but in May 1955, he was pardoned under the pressure of public opinion and left for Mexico the same year.

In December 1956, a group of revolutionaries led by Castro returned to Cuba on a small yacht called the Granma, landing in the province of Oriente. The group grew to become the Rebel Army, which launched a guerrilla war against the regime.

Following the overthrow of the Batista dictatorship on January 1, 1959, Castro took command of the Cuban Army, and became prime minister of Cuba in February 1959. In April 1961, he led the operation to defeat the US-sponsored invasion of Cuban exiles at the Bay of Pigs.

After fending off a countercoup, Castro announced that Cuba would embrace socialism.

In October 1965, he was appointed first secretary of the Cuban Communist Party.

In 1976, he took over as chairman of the Cuban National Assembly’s State Council, thus simultaneously serving as Cuba’s head of state and government.

On February 19, 2008, he announced his resignation as head of state. On the same day, the Granma newspaper published his address to the people of Cuba, in which he declared that he would not return to power.

After retiring from government, Castro first secretary of the Cuban Communist Party until April 19, 2011, when he officially announced his resignation from the post, to be succeeded by brother Raul.

Since retiring, Castro has devoted his time to publishing a series of articles called "Reflections."

Among the many international awards Castro has received, some are truly unique, including the Commander's Cross of the Order of Saint Bridget of Sweden, presented to him on March 8, 2003, by the abbess of the monastic order founded in the 14th century in Sweden. Castro was awarded the cross in recognition of his services "in promoting the high ideals of dialogue and peace." The presentation of the Commander’s Cross was timed to coincide with the opening of the Order of the Holy Savior of Santa Brigida residence in the heart of Havana.

On August 31, 2003, Castro was awarded the highest honor of the American Indian Movement, the Eagle Feather, in recognition of his revolutionary achievements and warrior qualities. The Eagle Feather is awarded to persons who have demonstrated courage, dignity and honesty. Castro was the first recipient of this award born outside of the United States.

During his years in power, Castro reportedly survived more than 600 assassination attempts by the US government, Cuban exile groups and the US mafia.