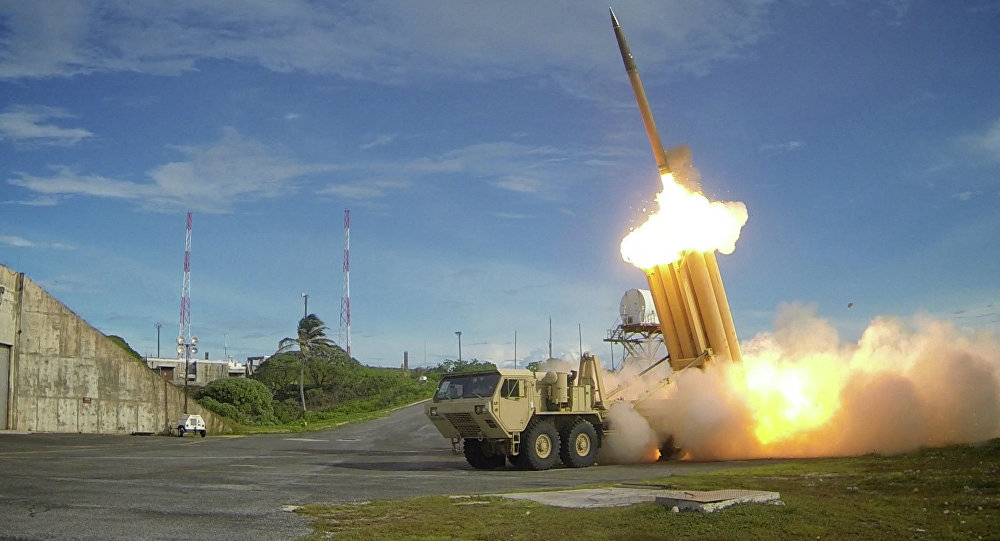 Seoul and Tokyo signing an intelligence-sharing deal may add to trilateral military cooperation between Japan, South Korea and the United States, Dong-Yup Kim, researcher at the Institute for Far Eastern Studies at Kyungnam University in South Korea, told Sputnik. 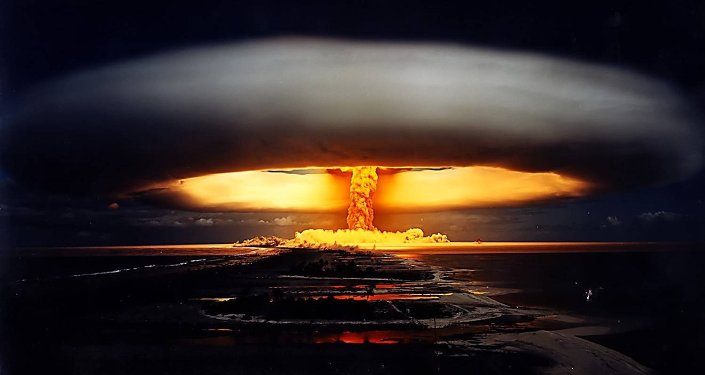 © Flickr / all_usernames_are_taken
'Firmer and Stronger': South Korea, US to Enhance Defense Against Pyongyang
In an interview with Sputnik's Korean edition, Dong-Yup Kim, researcher at the Institute for Far Eastern Studies at Kyungnam University in South Korea, said that the signing by Seoul and Tokyo of an intelligence-sharing agreement may contribute to developing trilateral military cooperation between Japan, South Korea and the United States.

The interview came after media reports said earlier this week that Seoul and Tokyo signed the General Security of Military Information Agreement to counter North Korean nuclear and missile threats.

South Korea and Japan are seeking to exchange information on the progress of Pyongyang's nuclear and missile programs after the North staged its fifth and largest nuclear test in September 2016.

The negotiations on the pact began in 2012, but stopped as the opposition parties in Japan objected to the deal. 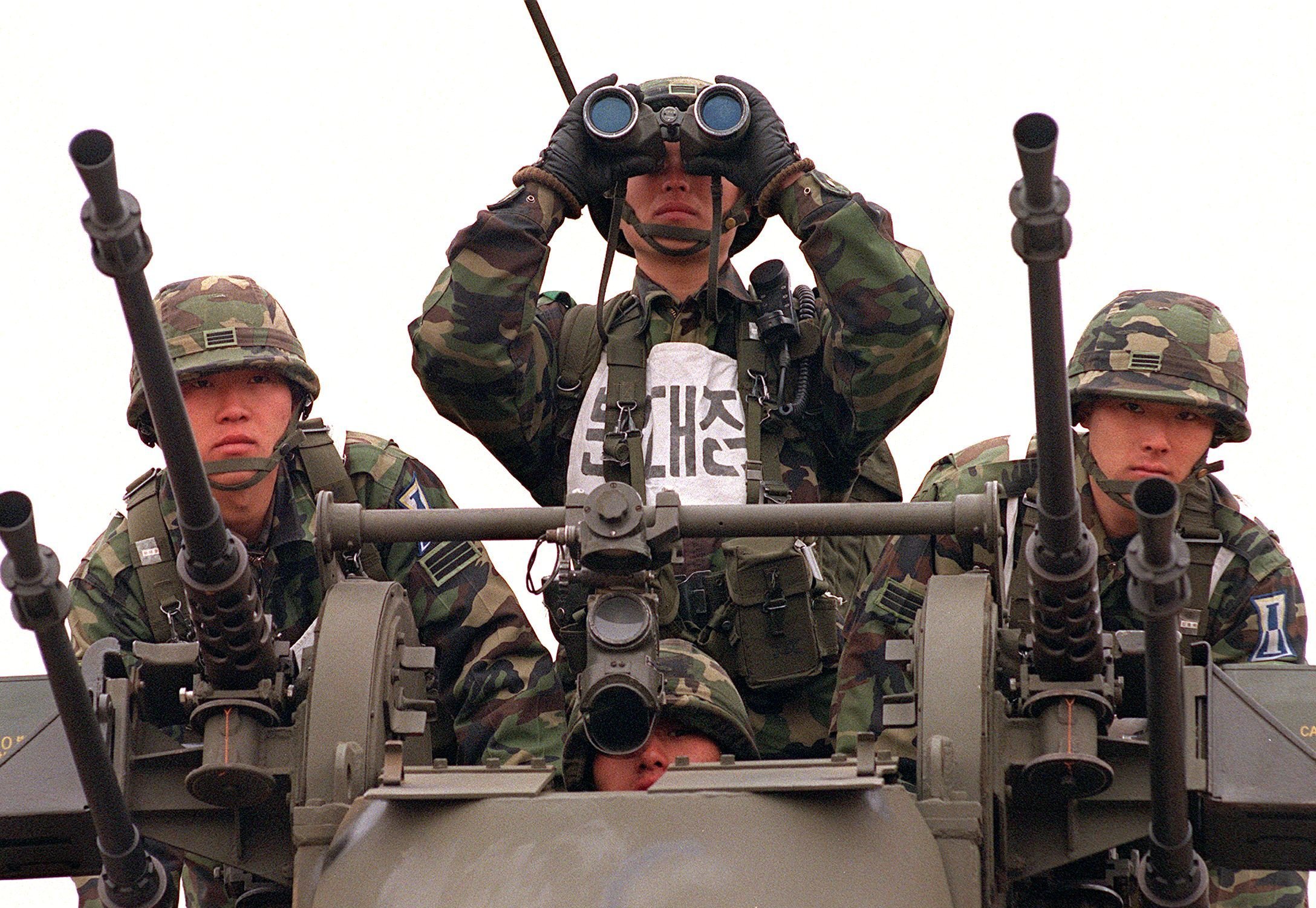 After the two first rounds of the talks reopened in November, Tokyo and Seoul reportedly agreed on a few major points, including the prohibition to supply third parties with intelligence information without each other's approval and the necessity to inform the other party if the information has been compromised in any way.

Speaking to Sputnik's Korean edition, Dong-Yup Kim, however, did not rule out that it is the United States which will benefit from the Tokyo-Seoul agreement.

In this vein, he referred to Washington's plans to further promote the deployment of the US Terminal High Altitude Area Defense (THAAD) system on the Korean Peninsula.

"In fact, the agreement may be part of the US's plans to deploy THAAD which is promoted under the pretext of North Korea's missile and nuclear threats. Namely, the United States at first plans to draw South Korea into its missile defense system and its bilateral alliance with Japan, and then Washington will increase military cooperation between the three countries," Dong-Yup Kim said.

He was echoed by Andrey Karneyev, deputy director of the Moscow-based Institute for Asian and African Studies, who said that although the document gives a fresh impetus to the Japan-South Korea security cooperation, "the US is still invisibly present in the running process of this collaboration as the main military ally and guarantor of security for Tokyo and Seoul."

Meanwhile, Chinese Foreign Ministry Spokesman Geng Shuang has warned that "adhering to the Cold War thinking and strengthening cooperation in the field of military intelligence sharing, the relevant countries will provoke confrontation on the Korean Peninsula."

The Pentagon first announced plans to put the advanced missile-defense system on the Korean Peninsula in 2014, causing concern in Beijing and Moscow. 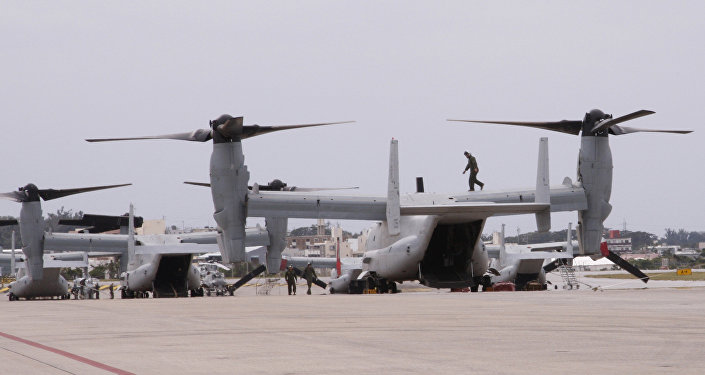 © AP Photo / Eric Talmadge
Japan 'Will Apply Carrot and Stick Approach' Over US Military Presence in Okinawa
The Chinese government, at the time, observed that THAAD could undermine China's "legitimate national security interests," as the system is capable of detecting and intercepting Chinese missiles.

A final agreement between Seoul and Washington on the issue was reached earlier in July 2016, following a fourth underground nuclear detonation by North Korea.

In late September, the sides announced that a THAAD system would be located about 180 miles southeast of Seoul in Seongju County, far from densely-populated areas.