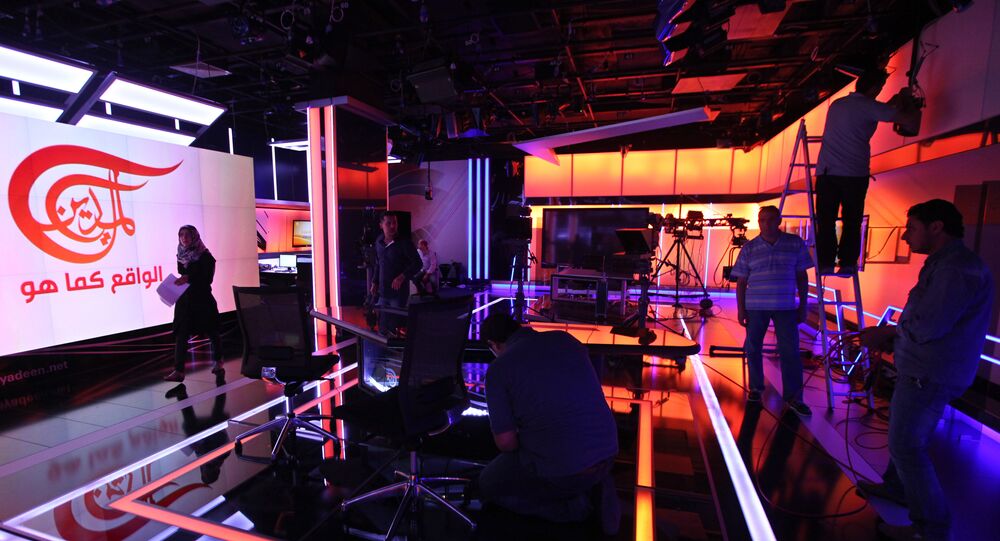 © Sputnik / Mikhail Voskresenskiy
EU Resolution on Russian Media Attempt at Censorship - Mexican Press Club
MOSCOW (Sputnik) – On Wednesday, the European Parliament voted in favor of a resolution on countering Russian media outlets, such as the Sputnik news agency and the RT broadcaster. As many as 304 voted in favor the document, 179 voted against and 208 abstained. With a total of 691 officials taking part in the vote, less than half supported the resolution.

Bin Jiddo said that Al Mayadeen journalists “reacted with deep outrage to the European Parliament’s vote in favor of the resolution criticizing Russian media and calling to counteract them.”

“Despite the fact that this resolution is non-binding, it reflects the level of devastation in consciousness and mind of political and media leaders of the circles that are behind this decision. Those, who voted in favor of the repression of free speech, for monopolization of truth, in fact, admit their weakness. They do not accept the influence that you exert on the European and global public opinion,” the letter said.

Al Mayadeen’s director pointed out that the propaganda machine of those, who made the decision, started to fail with public losing confidence in political elites.

“On my own behalf and on the behalf of the Al Mayadeen telecommunication network I express our sincere solidarity and support amid this inadequate decision of the European Parliament and firmly condemn the sanctions introduced personally against you,” bin Jiddo added.

Wednesday's resolution said that Sputnik and RT posed a danger to European unity and called for extra European Commission funding for counter-propaganda projects.