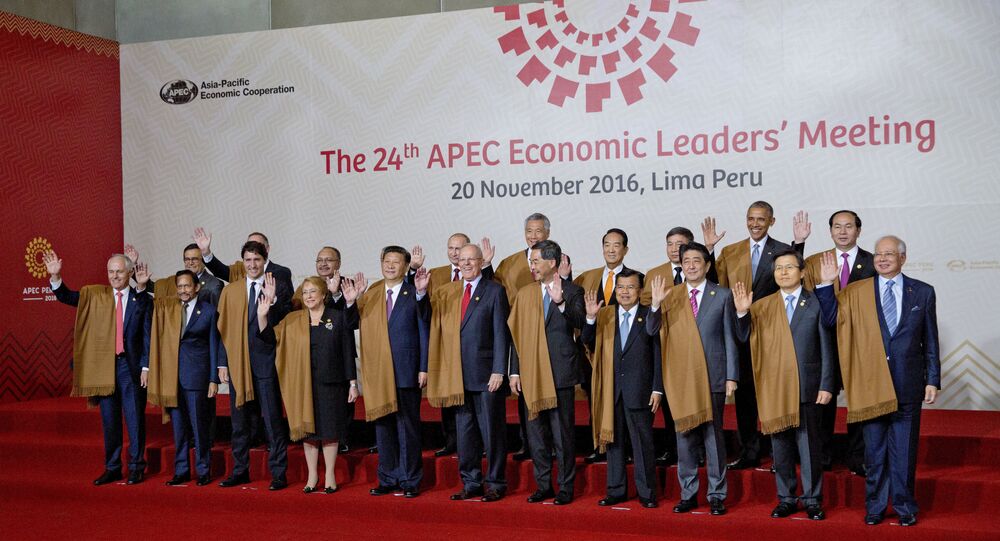 The just concluded Asia-Pacific Economic Cooperation (APEC) summit in Peru reflected a global shift in Asia’s strategic landscape driven by US populism amid the rise of Chinese and Russian influence, the private intelligence firm Soufan Group said in a report on Tuesday.

© AP Photo / Pablo Martinez Monsivais
Ponchos, Silly Shirts and Shawls: Chose the Best of APEC's Fashion Diplomacy
WASHINGTON (Sputnik) — The summit coincided with a rise in energy prices amid moves by oil-producing countries to cut output, a development that would likely boost Russia’s strategic influence in the Asia-Pacific region, the report added.

“The mood surrounding the APEC summit reflected the growing perception that American economic retrenchment could see US predominance in Asia challenged by China’s expanding geo-economic power,” the report explained.

President-elect Donald Trump’s victory, the report claimed, signifies “the high water mark of a wave of populist sentiment that is resoundingly anti-free trade, and skeptical of international institutions.”

On Monday, Trump vowed to withdraw from the Trans-Pacific Partnership (TPP) free trade agreement shortly after his inauguration in January.

APEC Leaders Extend Moratorium on Protectionist Measures Until End of 2020