Short on Cash, Daesh Reportedly Steals Body Parts From Its Own Ranks

Daesh is said to have begun to remove human organs from its own members, after the terrorist group lost important funding sources.

© AFP 2019 / MENAHEM KAHANA
Egypt's President's Assassination Plots
As a result of precision bombing conducted by international forces against Daesh infrastructure, the organization has lost many oil fields that were seen to be the primary source of its income.

According to a recent report by Alsumaria News, financial pressure has forced Daesh to seek cash in other ways. The group has turned to the organ trade, and reports suggest that some of the organs being sold to generate much-needed cash are being stolen from their own members.

"A medical unit belonging to the ISIS [Daesh] stole human organs, including kidneys and other organs, from 85 militants in Nineveh hospitals, and transferred them to other hospital in the outskirt of the city," the agency said in a statement.

"Dozens of human organs were stolen from civilians and bodies that were transferred to the forensic medicine department."

According to reports, to raise funds the extremist group uses mediators to transport harvested organs to Syria where they are then smuggled into international black markets. 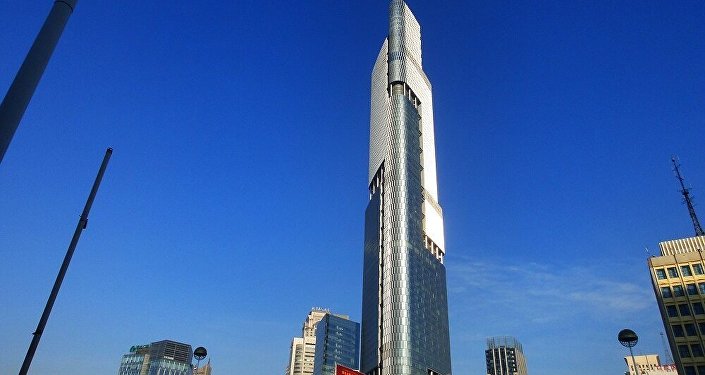 © Wikipedia / Ozonefrance
China, EU Discuss Steps to Combat Human Trafficking - IOM
In December 2015 the Iraqi ambassador to the United Nations, Mohamed Alhakim, urged the UN Security Council to investigate the deaths of 12 doctors in Mosul, Iraq, in connection with the Daesh organ trade, claiming the doctors were killed after refusing to participate in the practice.

"This is clearly something bigger than we think," Alhakim said.

A Daesh-related document acquired in 2015 revealed that the group had passed a fatwa allowing organs to be removed from captives, in order to save a Muslim's life.

"The apostate's life and organs don't have to be respected and may be taken with impunity," the ruling reportedly says.