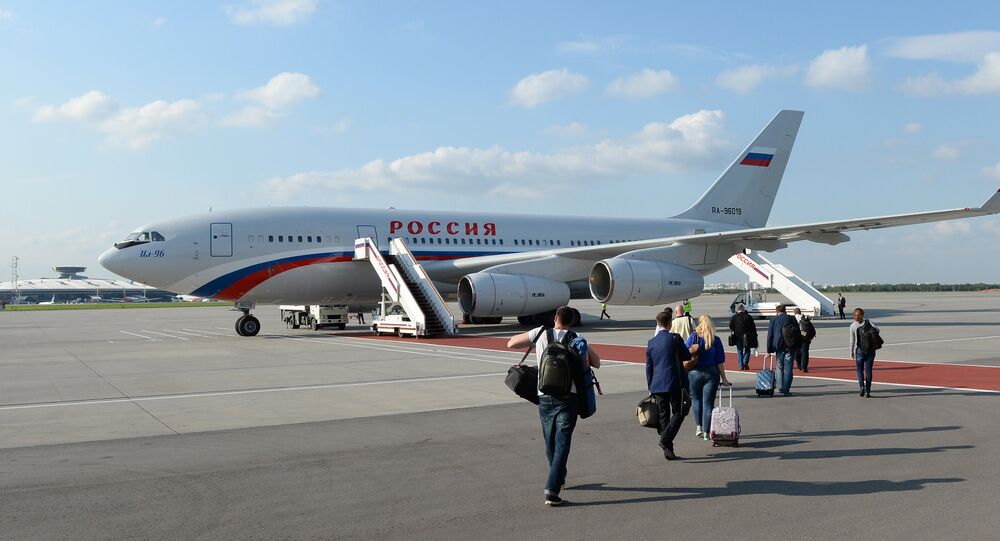 Russian journalists of the Kremlin pool will fly to the Asia-Pacific Economic Cooperation (APEC) summit in Peru in the nearest time on a backup aircraft, according to the spokeswoman of the Presidential Property Management Directorate.

MOSCOW (Sputnik) — Russian journalists of the Kremlin pool, whose plane arrived in Lisbon for refueling and could not depart because of a malfunction will fly to the Asia-Pacific Economic Cooperation (APEC) summit in Peru in the nearest time, the spokeswoman of the Presidential Property Management Directorate said Saturday.

© Sputnik / Maya Mashatina
Backup Plane to Take Russian Journalists Stuck in Lisbon to APEC Summit
Earlier in the day, a malfunction was discovered on board the plane carrying the journalists and several members of the Russian delegation from Moscow to Lima when it was refueling in Lisbon. Experts failed to resolve the problem and necessary spare parts were to be delivered from Moscow on a reserve plane.

"A backup aircraft has landed in Lisbon… the journalists will use it to start off for Lima," Elena Krylova told RIA Novosti.

She added that Russia's Presidential Property Management Directorate thanked the Russian embassy in Portugal for the issues related to the incident.

The Peruvian capital of Lima hosts APEC's economic leaders' summit on November 19-20. The APEC leaders are expected to work out a strategic vision and guidelines for economic cooperation in the Asia-Pacific region for 2017, which will be laid down in the Lima declaration.