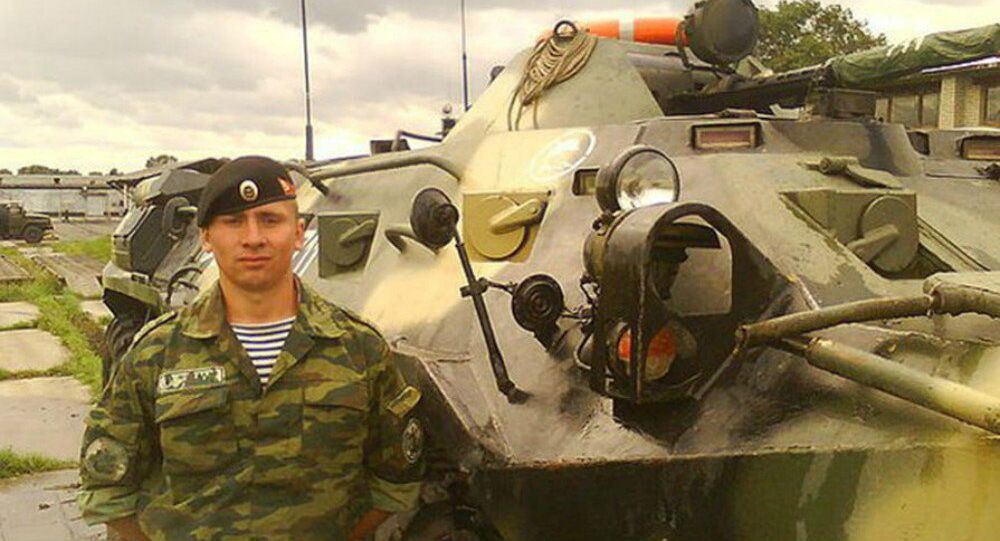 A video has appeared in the Internet to pay tribute to a Russian serviceman who died after preventing a suicide car bomber from reaching a humanitarian aid distribution point in Syria's Homs province.

© Photo : Twitter/@AlphaSpecnaz
'Russian Rambo’ Who Died a Hero in Palmyra Liberation Was Expecting First Child
The heroic actions of Russian soldier Andrey Timoshenkov, who died after stopping a car packed with explosives from reaching the humanitarian aid distribution point in Syria's Homs province, were recognized in a video that has appeared in the Internet.

On June 19, the Russian Defense Ministry confirmed that on June 15, "Sergeant Andrey Leonidovich Timoshenkov stopped a car rigged with explosives by opening fire at it with small arms."

According to the Ministry, "Andrey was mortally wounded in the explosion of the vehicle driven by a suicide bomber."

The Ministry added that the doctors at the Hmeymim airbase in Latakia province fought for Timoshenkov's life for over 24 hours, but he passed away on Thursday, June 16.

The command presented Sergeant Timoshenkov with a posthumous state award.

Russian media said that the deceased serviceman was a marine from Russia's exclave Kaliningrad Region. He was 29.