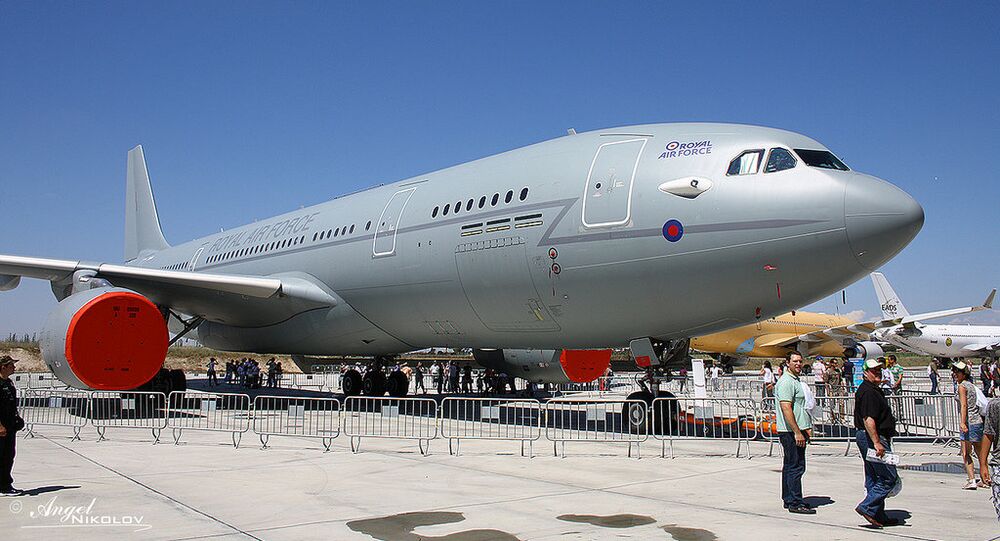 The Spanish government has lifted a restriction on artillery munition supplies worth €40 million ($43 million) to Saudi Arabia, El Pais newspaper reported. Previously, the shipments had been suspended due to the conflict in Yemen.

© AP Photo / Hani Mohammed
Saudi Arms Sales: Calls for Inquiry Into Spanish-Made Weapons Found in Yemen
The deal was unblocked prior to a visit by Spanish King Felipe VI to the Saudi capital of Riyadh which ended on November 14.

Saudi Arabia is one the largest buyers of Spanish-produced military hardware. In 2015, Riyadh spent €546 million ($588 million) to buy Spanish military equipment, including A330 MRTT tanker aircraft. This was despite the fact that the European Parliament introduced a ban on military support for Saudi Arabia from European Union members.

"There are two ways Riyadh could use those weapons. First, Saudi Arabia will intensify the conflict in Syria, by supplying weapons to terrorists. Second, it could use them in the Yemeni conflict. But it is clear that those weapons will be used abroad anyway," the expert said.

Initially, Felipe VI’s visit to the Gulf kingdom was scheduled for January, but was cancelled after Riyadh executed 47 people.

© AP Photo / Hassan Ammar
Lack of Transparency in Saudi Arabia Complicates Human Rights Reporting - US DOS
The Spanish monarch has been widely criticized in his country over his trip to Saudi Arabia. Some Spanish political parties, including Podemos and the Republican Left of Catalonia, demanded cancellation of the visit.

In turn, the Citizens Party called on the Spanish monarch to discuss with the Saudi leadership the issue of human rights violation in the kingdom.

Amnesty International sent a letter addressed to the Spanish king, calling on him to "exercise influence" on Saudi Arabia to stop attacks on civilians in Yemen.

However, at the moment Spain is interested more in weapons deals, rather than in observing human rights, according to Delgado.

"Of course, Saudi Arabia is an absolute monarchy. It is a global shame that last year this country was elected chair of a key panel in the UN Human Rights Council. Riyadh continues executions and tortures. Spain does not need such an ally, and Saudi Arabia should not be the first on the list of our king’s visits," Delgado said.

Trouble in the House of Saud: Prince Executed for Murder Outside Riyadh