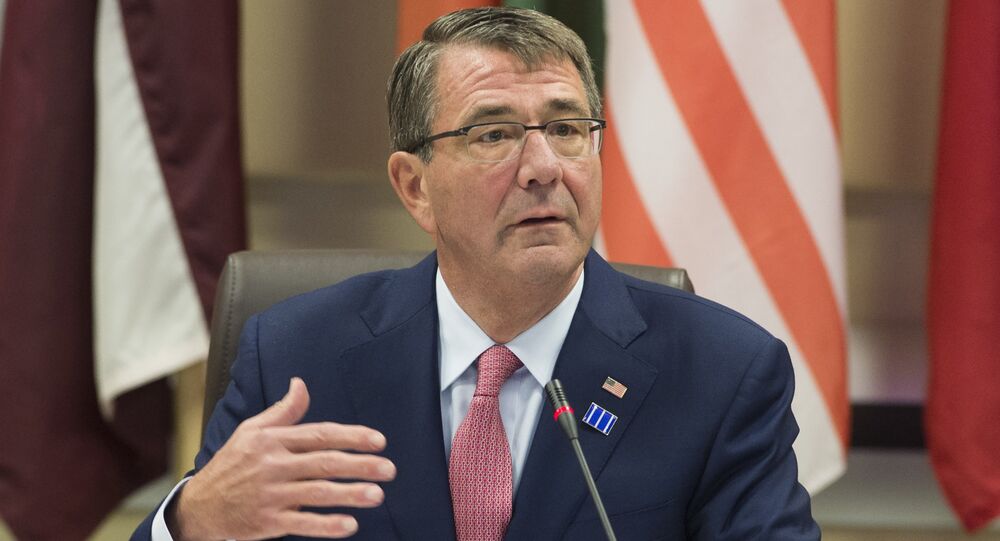 The US secretary of defense said that NATO members should cooperate with the incoming administration of US President-elect Donald Trump.

"Engage with the new administration, work with them, stay committed to the values and the principles that we have stood for," Carter told the audience at an event in Washington, DC sponsored by The Atlantic magazine.

Throughout the campaign, Trump repeatedly said Washington should review its relationships with NATO allies, which he insisted should pay more of the cost for having their security guaranteed by the United States.

Following the election, NATO Secretary-General Jens Stoltenberg expressed hope that the United States would remain committed to its alliance obligations under the Trump administration, which takes office in January.