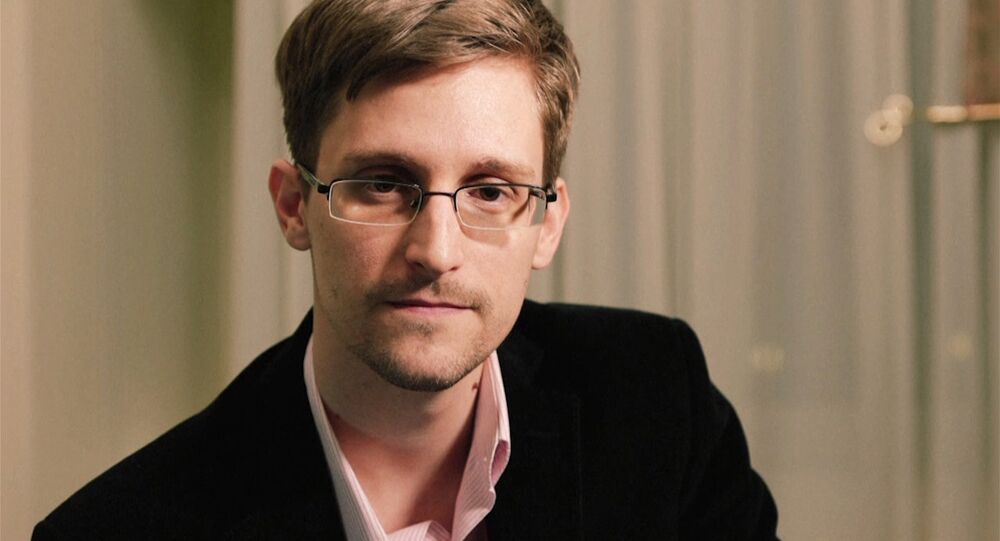 © REUTERS / Svein Ove Ekornesvaag/NTB Scanpix/Files
Snowden Prompts Americans to Focus on 'Broad Social Issues' After US Election
MOSCOW (Sputnik) — US whistleblower Edward Snowden’s lawyer Anatoly Kucherena expressed hope on Friday that US President-elect Donald Trump would closely consider the situation with information disclosure by Snowden, stressing that there were no reasons to extradite the whistelblower.

"I think that the new US President-elect Donald Trump will definitely put on agenda the issue of citizens’ rights and freedoms. Since this is an inevitable process, he will also pay attention to the role played by Edward Snowden's disclosure of information on the total invasion into private life of the US citizens," Kucherena said.

He added that after regarding the situation closely, Trump’s assistants would "inevitably come to the conclusion that Edward Snowden acted in the interests of the US citizens."

Kucherena stressed that in case Trump justified Snowden’s actions, the majority of the US citizens would "strongly support him in all decisions and planned reforms."

The lawyer added that there were no reasons to talk about Snowden's possible extradition due to the election of a new president.

© Photo : Screenshot: Council of Europe
US Voters Should Be Much More Than 'Check in Box' - Edward Snowden
Kucherena called the talks about the whistleblower’s extradition speculation aimed at convincing Russian and US authorities that he should be extradited.

"In this case Russia must act exclusively within the framework of domestic legislation and related international regulations," the lawyer said.

In 2013, Snowden leaked classified documents pertaining to mass surveillance practices carried out by US authorities around the globe. The same year, Russia granted the whistleblower temporary asylum for one year. In August 2014, Snowden received a three-year residence permit to live in Russia.