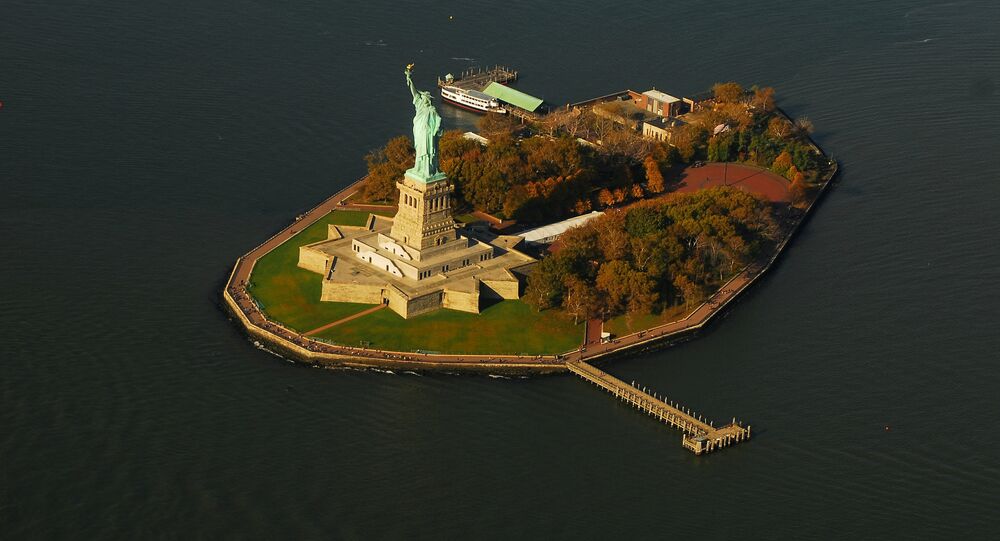 After the surprise win of Donald Trump, political scientists are continuing their attempts to predict his policies and what his presidency will mean for the whole world. American expert in national security Bradley Moss made a forecast for his foreign policy, suggesting that it will be that of neo-isolationism.

© AFP 2020 / STEFFI LOOS
'Fed Up With Establishment': Why Trump's Election Win Raises No Eyebrows
In his interview with RIA Novosti Bradley Moss suggested that it will probably be a mixture of a pragmatic policy and neo-isolationism, however noting that there is no clear understanding among experts of the President Elect's views.

With regards to the US' allies, the expert said that the new leader will likely attempt to shift the financial and military burden the US has been bearing for years to its allied partners.

Moss went on to explain that the policy of neo-isolationism implies easing the political and military commitments of the US to other countries, recalling that during his campaign Trump repeatedly called for a reconsideration of the US' relations with its allies, especially within NATO and urged other member states of the Alliance to pay a fair price for their own security.

Trump also called for restricting US interference into the internal matters of other countries. For example, while talking about the Ukrainian conflict, the Republican nominee stressed that it is of more concern to Europe than to the US and that it is primarily a problem for Europe to solve by itself.

The new president also mentioned that if elected he would consider the issue of Crimean reunification with Russia, noting that the Crimeans seem to want to be part of Russia, not Ukraine.

© REUTERS / Jonathan Ernst
World Leaders Eat Their Words After Trump Wins Race to White House
His view is echoed by Russian political scientist and member of Russia's Civic Chamber Valery Korovin, who suggested that Trump has every intention of focusing more on domestic problems, than on foreign policy.

This in turn would ease the burden on the US budget which resulted from the need to support a large number of American bases around the world and non-commercial organizations promoting the American model of democracy.

It will also likely lead to the stabilization of the situation in Eurasia, particularly in Russia's neighboring states.

This, in turn, will cut the spendings of the Russian government on the "containment of American agression along its borders". Hence it will be able to spend more on its internal needs and stabilization of internal political processes, the political scientist suggested.