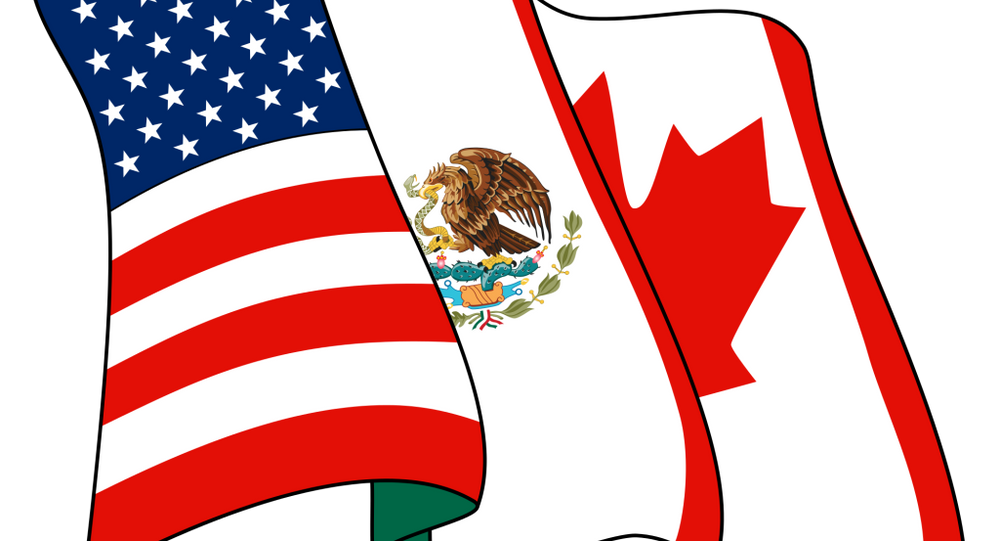 © REUTERS / Mike Segar
Trump Vows to Terminate NAFTA if Unable to Renegotiate Better Trade Deal
MOSCOW (Sputnik) – Republican Trump, who was elected the new US president on Tuesday, promised to renegotiate North American Free Trade Agreement (NAFTA) in his first days in office, calling it the worst deal the United States has ever made.

"Obviously any trade deal can be improved, and to the degree that the president-elect of the United States wants to see improvements to NAFTA, we'd be happy to sit down and talk," ManNaughton told the CBC News Network.

On Wednesday, Canadian Prime Minister Justin Trudeau's office said in a statement that Trudeau had spoken with Trump to congratulate him on his election victory. The prime minister also reportedly invited Trump to visit Canada "at his earliest opportunity," and the US president-elect offered the same to the Canadian leader.

NAFTA is the biggest US-Canada economic initiative. The deal on free trade, which also includes Mexico, was signed in 1994.