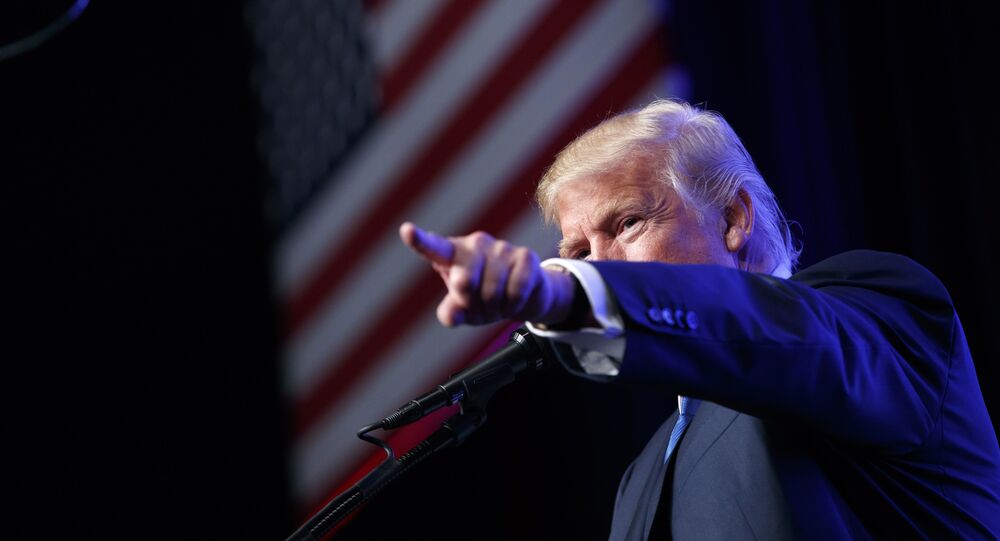 Hamas Calls on Trump to Reconsider US Policy Toward Palestine

Hamas Donald Trump on Wednesday to take a more balanced position on the conflict in Israel and to re-evaluate his country's stance on Palestine.

© AFP 2021 / MENAHEM KAHANA
Israeli Defense Minister Vows to Destroy Hamas in Event of New Gaza War
GAZA (Sputnik) – The Islamic Resistance Movement Hamas, which controls Gaza, called on US President-elect Donald Trump on Wednesday to take a more balanced position on the conflict in Israel and to re-evaluate his country's stance on Palestine.

"The suffering of the Palestinian people and their just cause continues because of the bias of successive American administrations in favor of the Zionist occupation policy, and therefore, the Islamic Resistance Movement Hamas calls on US President Donald Trump to re-evaluate this policy and work to remedy the Palestinian problem," the group announced in a statement.

In September, Trump told Israeli Prime Minister Benjamin Netanyahu that under his administration, the United States would recognize Jerusalem as the undivided capital of Israel and move the US embassy from Tel Aviv to Jerusalem.

Relations between Israel and Palestine have been shattered for decades. Palestinians seek diplomatic recognition for their independent state on the territories of the West Bank, including East Jerusalem, which is partially occupied by Israel, and the Hamas-controlled Gaza Strip.