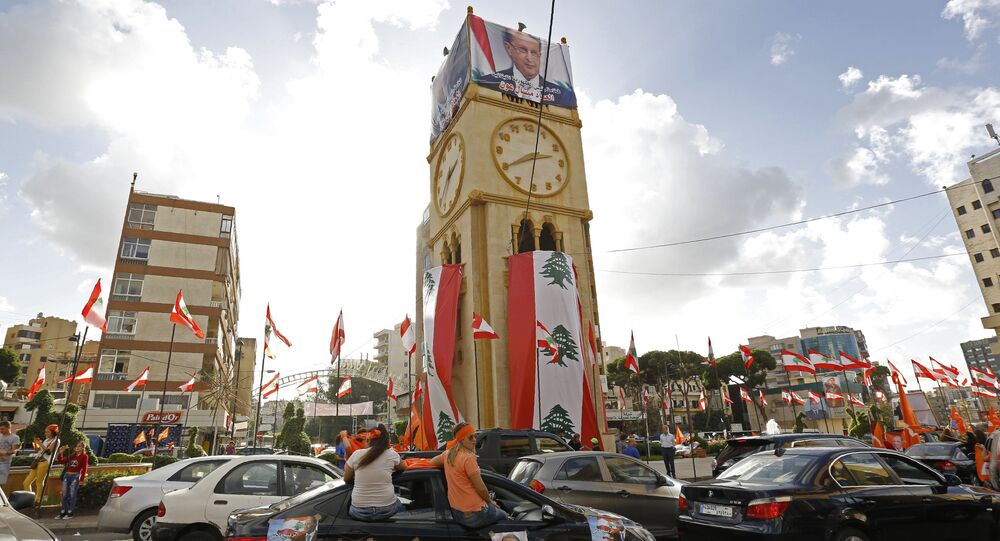 Russia played a key role in helping Lebanon resolve a political standoff which had prevented the country from electing a president for more than two years, Amal Abu Zeid, member of the Lebanese political bloc Change and Reform, told Sputnik.

© REUTERS / Khalil Hassan
Lebanon Opens 'Good Chapter' by Electing General Aoun, But More Should Be Done
In an interview with Sputnik's Arabic edition, Amal Abu Zeid, a member of the Lebanese political bloc Change and Reform, lauded Russia's decisive role in helping Lebanon overcome its political crisis, which kept the country from electing a president for more than two years.

According to Abu Zeid, Lebanon and Russia continue to bolster "strategic and promising" relations, especially given Lebanon's estimated oil and gas deposits, which are expected to play a key role in the development of energy cooperation between the two countries.

"Russia will help Lebanon produce oil and gas as Moscow has effective experience in this field. President-elect Michel Aoun understands how Russia helped Lebanon, at the diplomatic level, overcome the presidential hiatus in the country without lending direct support to anyone," he said.

He added that Michel Aoun will include Russia in the list of countries he plans to visit in the immediate future.

"The President decides on such issues on his own, but I know his position on Russia and its role in the Middle East, so I have no doubt that the President will visit Russia soon," Abu Zeid said.

Regarding Lebanon's foreign policy in the Arab region, he quoted Aoun as saying that it's necessary to establish friendly relations with all Arab states for several reasons, including the fact that Lebanon is a member and one of the founders of the Arab League. Another major factor is the country playing a key role in the Eastern Mediterranean region.

According to Abu Zeid, despite the disagreement between Aoun, the Free Patriotic Movement and the Gulf countries, it is still possible to establish good diplomatic and economic relations between Lebanon and these countries.

"And one also should bear in mind that a large number of Lebanese citizens work in the Gulf countries so one of the main challenges is to maintain a good level of relations with the Arab States on the basis of respect for the independence and stability of Lebanon," he pointed out.

He also drew attention to the fact that Saudi Arabia, with which Lebanon has historical relations, did not intervene in the Lebanese presidential elections, in a sign that the voters picked the President who is not related to outside intervention in the country.

In 2014, the term of Lebanon's former president Michel Nouhad Suleiman ended and Lebanon entered a state of political crisis which lasted more than two and a half years. According to Lebanon's constitution, only a Maronite Christian can be elected president by the country's parliament.

General Michel Aoun was considered to be the leading candidate for Lebanon's presidency throughout the 29-month political crisis. He was mainly backed by the Shiite party Hezbollah, and by the country's pro-Syrian bloc.

Lebanon May File Complaint With UN Over Israeli Incursions