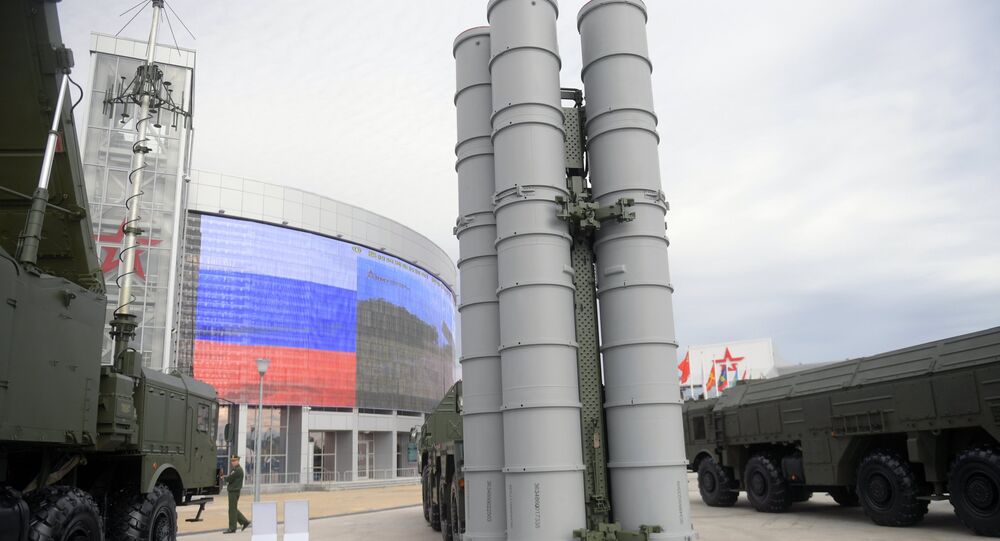 A whole array of state-of-the-art Russian military equipment will be on display at the 11th Chinese International Aviation and Aerospace Exhibition, which opens on November 1.

© Sputnik / Evgeny Biyatov
Russian State Arms Exporter Plans to Promote Russian-Made Drones Abroad
The 2016 China International Aviation and Aerospace Exhibition will see a wide array of sophisticated Russian military hardware units, the newspaper Rossiyskaya Gazeta reported, adding that the event is due to kick off in the city of Zhuhai on Tuesday.

It will be Russia's largest exposition, not only in Airshow China's history but also in the history of all foreign military technology exhibitions attended by Russian participants, according to the newspaper.

This year, Russia's top defense companies will take part in the event, including Almaz Antey, United Aircraft Corporation and Rosoboronexport.

The United Aircraft Corporation, in turn, will present a series of military and civil aircraft, including the Su-35 fourth generation fighter jet and the Su-32 fighter-bomber.

Additionally, visitors will for the first time see the Sukhoi Super Jet 100 passenger plane; its interior has been furbished by the Italian design studio Pininfarina.

Also participating in Airshow China 2016 will be the Russian Federal Space Agency Roscosmos, which will "present the latest developments of domestic rocket and space technology," according to Roscosmos's press service.

Visitors will also see a model of the Lomonosov satellite put into orbit during the first launch from the Vostochny Cosmodrome.

Part of Airshow China 2016 will be breath-taking performances of pilots from Russian aerobatics teams Strizhi and Russkiye Vityazi on Tuesday, when they will perform their trademark stunts in Su-30SM and the MiG-29 fighter jets.

Russian Forces Receive 60% of Arms in Jan.-Sept. as Part of State Defense Order