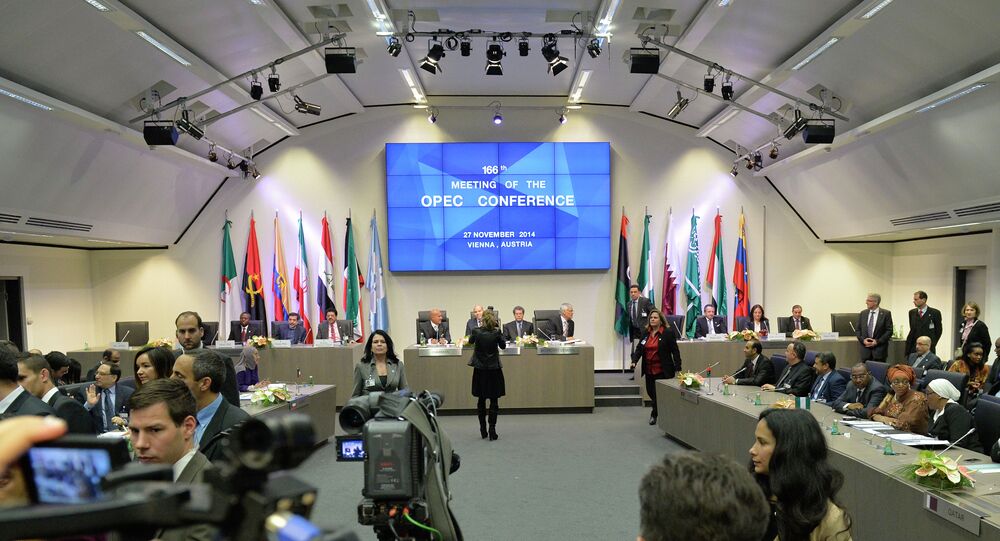 OPEC will meet on Friday to discuss the oil production cuts implementation agreement, and non-cartel states' representatives will join the them the following day.

© REUTERS / Sergei Karpukhin
Russia Ready to Limit Oil Production After OPEC's Nov. 30 Decision - Kremlin Spokesman
MOSCOW (Sputnik) — The Organization of the Petroleum Exporting Countries (OPEC) will start a technical meeting in Vienna on Friday to discuss the implementation of Algerian agreements, in particular, on oil production cuts, while the representatives of the non-cartel states will join the OPEC members the following day.

Apart from the 14-member oil cartel, the meeting is expected to be attended by at least 13 states. According to Venezuela's Oil and Mining Affairs Minister Eulogio del Pino, OPEC has sent the invitations to Russia, Azerbaijan, Kazakhstan, Oman, Egypt, Bahrain, Colombia, Mexico, Trinidad and Tobago, Bolivia, Norway and Canada.

Increases in U.S. oil production would likely offset most of the OPEC cut, says @CapEconomics pic.twitter.com/zz2yMdLQo1

​On September 28, OPEC member states agreed on cutting its oil production to 32.5-33 million barrels per day for the whole cartel, however, no exact limits for each country have been placed. The OPEC countries are set to finalize the agreement on oil output freeze at the OPEC summit in Vienna on November 30