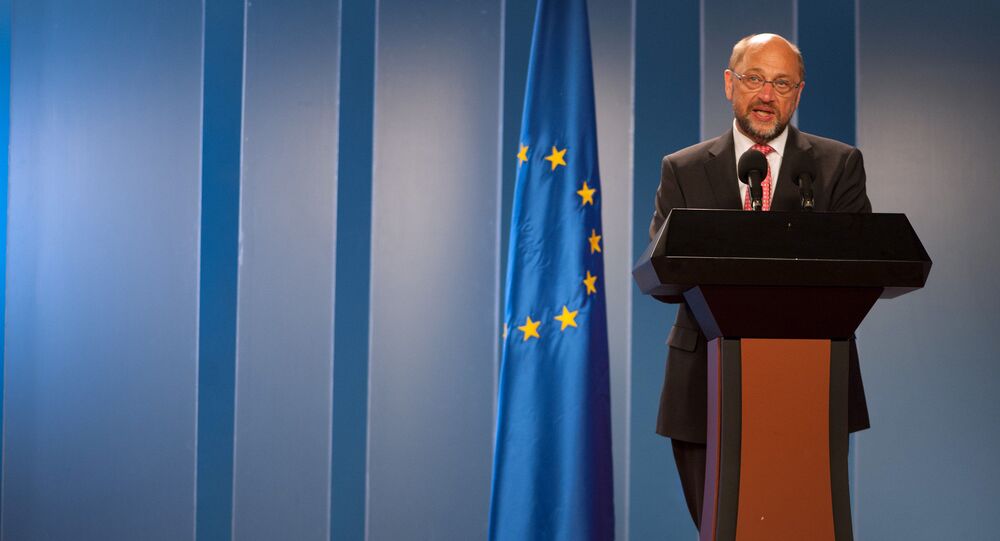 "Glad to announce that EP #SakharovPrize 2016 goes to Yazidi women @NadiaMuradBasee & Lamiya Aji Bashar for their fight for dignity&justice," Schulz wrote on his Twitter account.

​The two women, as well as others, were kidnapped and enslaved on August 3, 2014, after the Daesh attacked their hometown in Sinjar, Iraq and massacred all the men. The women were later subjected to sexual exploitation and sold as slaves several times.

© Flickr / Ira Gelb
US Government Agencies Urged to Increase Staff Training on Human Trafficking
Murad was able to escape in November 2014 with the help of a neighboring family who smuggled her out of the Daesh-controlled area, after she reached a refugee camp in northern Iraq. She later managed to migrate to Germany.

In December 2015, she addressed the UN Security Council in its first session on human trafficking and later became a UN Ambassador for the Dignity of Survivors of Human Trafficking and began to raise awareness about the plight of countless victims of trafficking. She was later awarded the Vaclav Havel Human Rights Prize by the Council of Europe in October 2016.

Aji Bashar almost died while she was trying to run away from her Daesh captors, when a land mine exploded and killed two of her acquaintances and left her injured and almost blind. She was later saved and sent for medical treatment in Germany, where she reunited with her surviving siblings.

Since her recovery, she started raising awareness of the plight of Yazidi women and does other work in helping the women and children who survived Daesh atrocities.

© REUTERS / Sertac Kayar
Yazidis Slam UN Over Shoddy Investigations Into 'Genocide' Committed by Daesh
Thousands of Yazidis were killed and up to 7,000 women were enslaved by Daesh militants after they took over the city of Sinjar in northern Iraq in August 2014 before it was liberated in December 2015.

The Sakharov Prize for Freedom of Thought was set up in 1988 and is awarded annually by the European Parliament to honor individuals and organizations that defend human rights and fundamental freedoms.