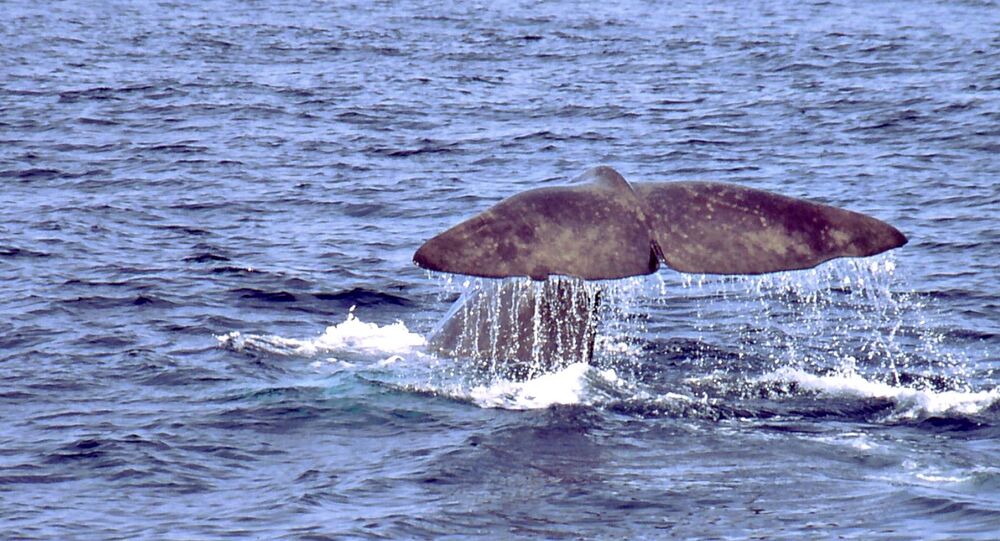 The International Whaling Commission on Tuesday struck down yet another bid to create a protected area for whales in the South Atlantic.

© AP Photo / Markus Schreiber
Sea Shepherd Activists Confront Toothfish Poaching Ship in Antarctic
The sanctuary area was first proposed in 2001, but it has been repeatedly rejected by a panel of international delegates in the whaling commission.

The attempt was put forward by the governments of Argentina, Brazil, Gabon, South Africa and Uruguay, but fell short of the required support to move forward. Out of 64 delegates, only 38 supported creating a whale sanctuary, several shy of the three-quarter majority required. Two countries abstained from voting, while 24, including Japan, Iceland, and Norway, voted against the eight-million-square-mile sanctuary.

“It’s a disappointment that the proposal for a South Atlantic whale sanctuary has again been defeated by those nations with a vested interest in killing whales for profit,” Kitty Block, vice president of Humane Society International, said in a statement to International Business Times. “With the clear need to create a safe haven sanctuary for whales under threat not merely from the potential resumption of whaling, but from death from entanglement in fishing gear, marine pollution, and injury from ship strikes, whose populations are still struggling to recover following decades of merciless commercial whaling in the twentieth century, it is a tragedy that Japan and its allies yet again blocked this proposal.”

© AFP 2020 / Marcel Mochet
Australia 'Disappointed' by Planned Restart of Japan's Whaling Program
Opponents of the protected area argued that it would be in violation of international law and that there is no scientific evidence that it is necessary. Among those strongly in opposition was Japan, whose yearly whale hunt is one of the biggest issues the commission has consistently struggled with.

Japan is believed to have killed over 8,200 minke whales in the Antarctic region since 1986, in violation of the international moratorium on commercial whaling. The Japanese government claims that they are whaling for “research,” but an International Court of Justice has ruled the claim to be false.

“There is an urgent need for us to better protect our whales, dolphins and porpoises. This sanctuary would have done just that and supported the growth of sustainable whale watching tourism and fostered much-needed research,” Josh Coates, Marine Campaigner with the Australian Marine Conservation Society (AMCS), said.