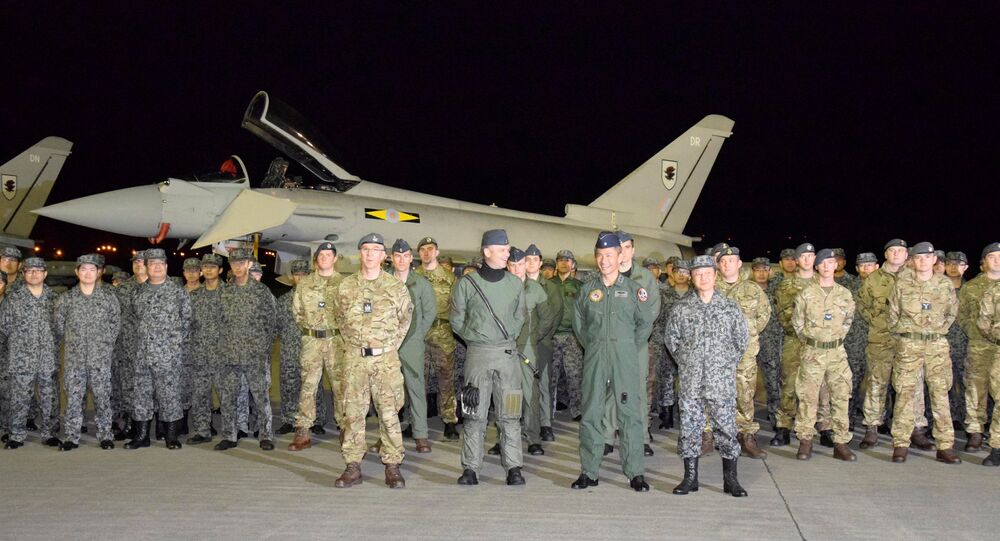 According to media reports, United Kingdom and Japan are set to start on Monday their first-ever joint air drills aimed to strengthen security ties between the two countries.

"The purpose of this exercise is to enhance tactical skills of Japan air self-defence force unit and strengthen Japan-UK defense cooperation. We have no specific country or region in our mind," Japan's defense ministry told The Guardian.

The joint drill, which is expected to end in early November, was agreed during security talks in Tokyo between the UK foreign and defense secretaries and their Japanese counterparts in January. It will mark the first time in which JASDF pilots fly alongside pilots from a country other than the United States.

The joint drill comes as tension between Japan and China is on the rise. Japan's defense ministry recently requested a budget of 5.17 trillion yen ($49 billion) as a response to increasing Chinese military activity in the East and South China seas.

Japan and China have long disputed the boundaries of their exclusive economic zones in the East China Sea. They are also at odds over the territory that is referred to as the Senkaku Islands in Japan and the Diaoyu Islands in China.