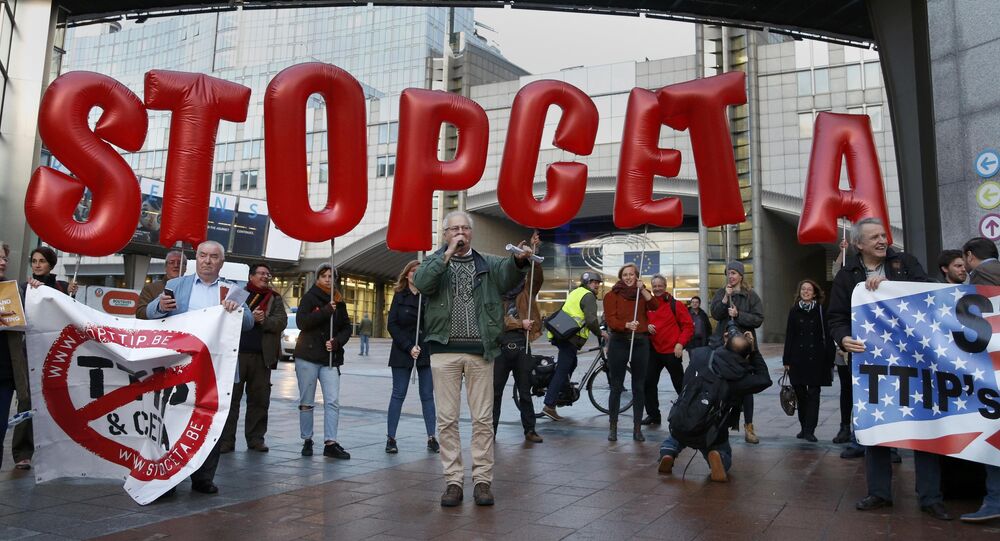 According to reports, president of Belgium’s Wallonia region lashed out at the European Union for trying to force his administration into unblocking the controversial CETA trade deal with Canada.

© AFP 2021 / NICOLAS MAETERLINCK
EU Wants Belgium’s Wallonia to Make Decision on CETA by Late Monday
MOSCOW (Sputnik) – The president of Belgium’s Wallonia region lashed out at the European Union on Monday for trying to force his administration into unblocking the controversial CETA trade deal with Canada.

"It is not possible to respect this ultimatum … It is not serious," Andre Antoine said in a televised comment on Bel RTL radio.

European Council President Donald Tusk has reportedly given the Wallonia region until late Monday to figure out its stance on the Comprehensive Economic and Trade Agreement, which will abolish 98 percent of tariffs.

Antoine argued that, although the French-speaking region loved Canada, a decision to wave the trade pact through would open the way for similar deals with the United States, Japan, or China.

"It is the future of globalization that is at stake. And we want it to be regulated not only by the 'survival-of-the-fittest' law," he stressed.

The CETA was to be signed at Thursday’s EU-Canada summit. It needs to be ratified by all 28 EU member states. But under the Belgian federal laws, every region has a right to reject the agreement.

French President Hollande Hopes to Come to Agreement on CETA