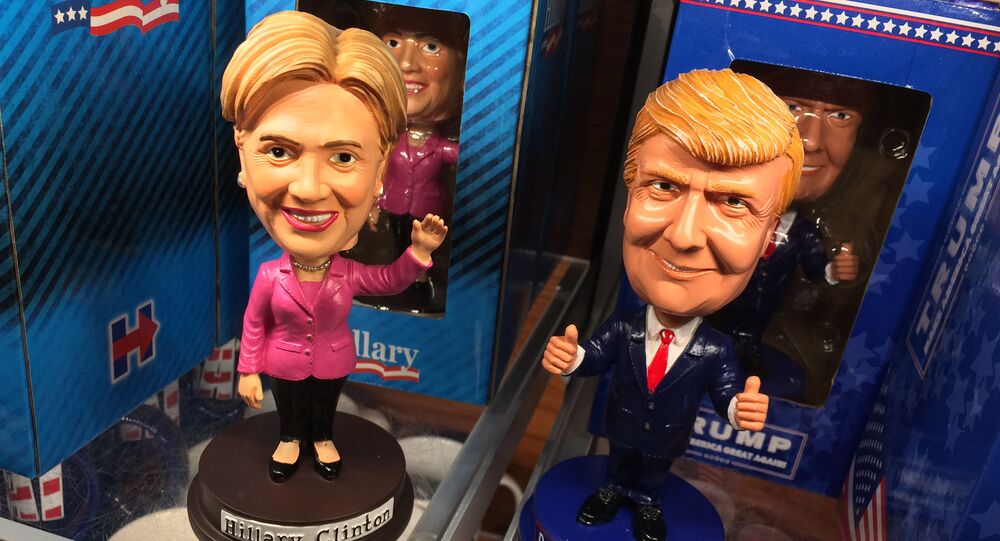 Russian Foreign Ministry's ambassador-at-large said that neither Russia nor any other country can rig the vote count at the upcoming US presidential elections because of the standalone nature of US voter registration and counting systems.

© AP Photo / Evan Vucci
Claims of Russia's Alleged Interference in US Election Groundless - Moscow
MOSCOW (Sputnik) – Neither Russia nor any other country can rig the vote count at the upcoming US presidential elections because of the standalone nature of US voter registration and counting systems, the Russian Foreign Ministry's ambassador-at-large said Monday.

"No one from the outside can affect these results in any way. In every country – be it Brazil, Mongolia, Russia, the US or Ukraine – voter registration, vote count and transfer systems are independent of the Internet. This is a local network using dedicated separate secure communication channels that simply have no outward access and are not susceptible to any external influence," Vladimir Churov told RIA Novosti.

US officials claimed in a statement this month that Russia was behind intrusions into political party websites and state election systems, as well as the disclosure of information to DCLeaks.com, WikiLeaks and Guccifer 2.0.

Churov differentiated between cyberattacks on parties, electoral bodies or other entities and vote rigging.

"You can affect a website. But a site is a site: a party site, a central electoral body, the governor's site, the state's site. But tampering in the process of voter registration, vote count, aggregation, counting the number of electoral delegates is absolutely impossible. The same goes for any other systems. No state has been able to intervene in the above in my 25 years in politics," he stressed.

US Intelligence Agencies Claim Russia Behind US Election Hacks