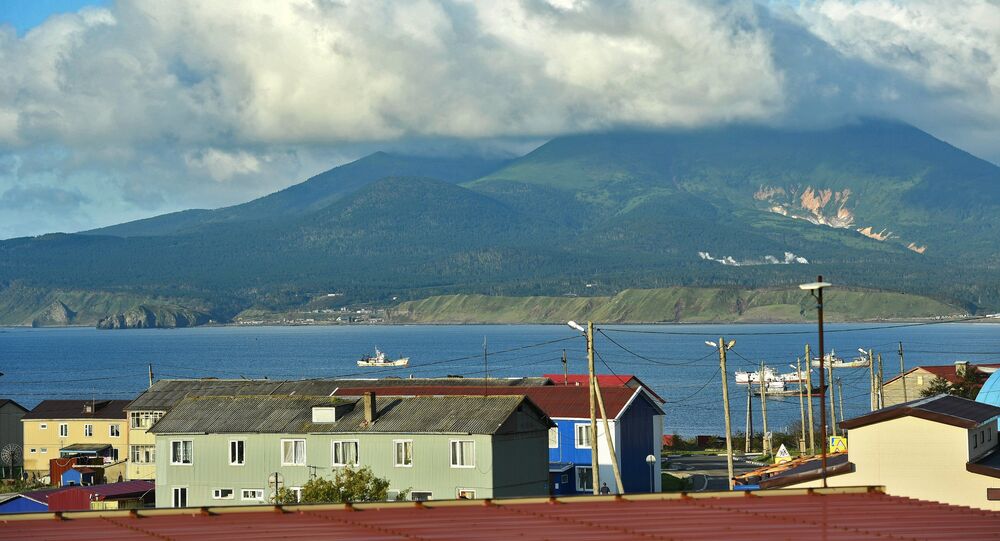 The December meeting between Russia's President Vladimir Putin and Japanese Prime Minister Shinzo Abe may be the best time for the two countries to establish an official peace treaty, according to some Russian experts.

© AFP 2020 / IVAN SEKRETAREV / POOL
The Art of Compromise: Will Japan Risk US Ire by Building Up Ties With Russia?
Some Russian experts believe that President Vladimir Putin's visit to Japan in December may represent the "last chance" for Moscow and Tokyo to resolve the 71-year-old Kuril Islands territorial dispute and sign a peace treaty.

The disputed islands, located in the Sea of Okhotsk, were claimed by Soviet forces at the end of WWII.

In an interview with Sputnik, Professor Akio Takahara of the University of Tokyo specifically underscored the importance of the forthcoming talks between President Putin and Prime Minister Abe.

He said that he is not in the know about the agenda of the upcoming talks but that "it is obvious that both Putin and Abe realize the significance of developing Russian-Japanese relations."

© Sputnik / Evgeniy Neskromniy
Japan Using Kurils as 'Screen' to Improve Ties With Russia Behind US' Back
According to Takahara, strengthening bilateral ties is also of importance from the point of view of the balance of power in East Asia.

"As for the resolution of the territorial problem, there are some options on the table which I hope will be negotiated during the forthcoming talks," he said.

Takahara was echoed by Professor Nobuhiro Aizawa from Kyushu University, who said that now is "the right time" for holding high-level talks on the matter.

"There is hope for progress, especially given that Putin has a very good reputation in Japan while Abe was able to convince the United States that Japan will exercise their right to develop a dialogue with Moscow regardless of US-Russian relations," he said.

For his part, Dmitry Trenin, director of the Carnegie Moscow Center, believes that "a breakthrough in Russian-Japanese relations cannot be reached without resolving the territorial dispute through a mutually acceptable consensus."

He said that "it would be extremely difficult not only to clinch a relevant agreement during the talks but also to shift public opinion in two countries, as well as that of the elites, in support of this accord."

"But I think that if external circumstances do not tarnish bilateral rapprochement, the sides will likely be able to at least outline a plan to resolve the territorial issue, which will offer a chance to come close to signing a peace treaty, which will in turn open  up new opportunities for full cooperation,"  he pointed out.

© Sputnik / Sergey Krivosheyev
Five Reasons Why Russia Cannot Give Kuril Islands to Japan
The relations between the two states have recently been re-energized. In September, Japanese Prime Minister Shinzo Abe took part in the Eastern Economic Forum in Vladivostok, during which he held three-hour talks with the Russian president.

On Monday, Russian Foreign Minister Sergey Lavrov said that Moscow remains committed to developing bilateral cooperation with Tokyo on the basis of the Soviet–Japanese Joint Declaration signed 60 years ago, on October 19, 1956.