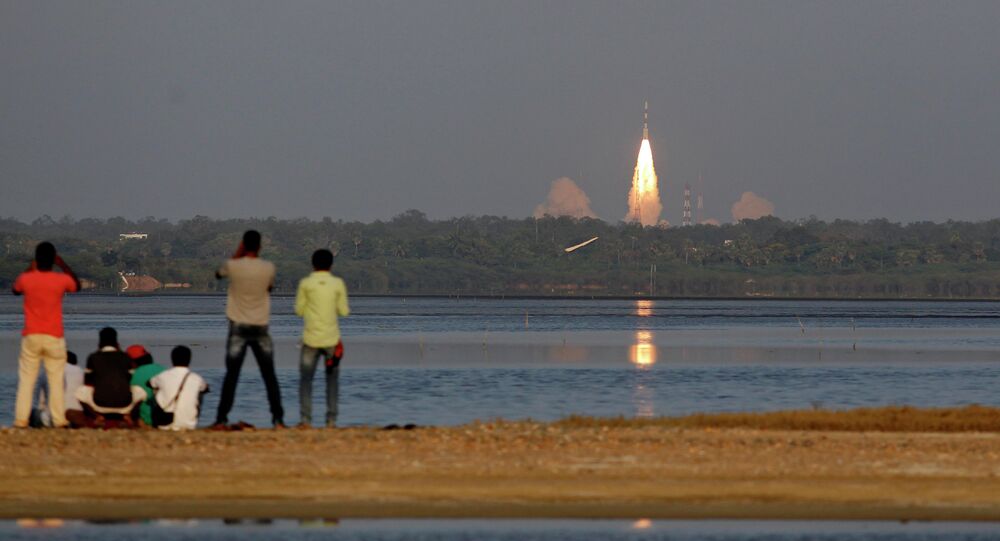 "Today, October 15, 2016, in Goa (India) a Memorandum of Understanding was signed between the state corporation Roscosmos and the Indian Space Research Organisation. Russia and India are planning a mutual placement of ground stations for gathering data GLONASS global navigation system and Indian satellite system NavIC," the company specified in a statement.

Roscosmos stressed that the document had a strategic importance for the development of Russian-Indian cooperation and its implementation would increase accuracy in reporting data of Russian and Indian navigation systems.

Glonass, a global navigation system operated by the Russian Aerospace Defense Forces, consists of 27 satellites, 24 of which are operational. The system allows real-time positioning and speed data for surface, sea and airborne objects around the world.

Indian Regional Navigation Satellite System (IRNSS) is an autonomous regional satellite navigation system set up by India to provide high-precision navigation service to Indian users and to users at almost a thousand-mile distance.

The eighth annual BRICS event is taking place on October 15-16 in India’s Goa and is attended by all five leaders, who are set to discuss a plan for cooperation in the near future as well as a wide range of political, economic and security issues.