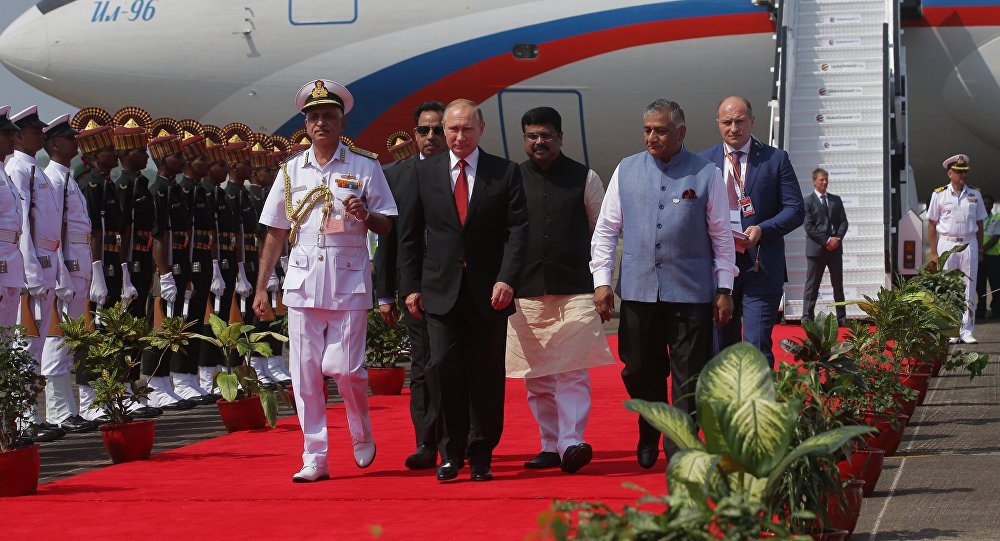 Russian President Vladimir Putin has arrived in India's Goa to take part in the BRICS summit, a Sputnik correspondent reported.

Arrival of the president of China is pending.

The eighth annual BRICS event is taking place on October 15-16 and will be attended by all five leaders, who will discuss a plan for cooperation in the near future as well as a wide range of political, economic and security issues.

A number of bilateral meetings of the BRICS presidents is set to take place on the sidelines of Goa summit.

BRICS is an association of five developing economies which comprise over one third of the world's population. BRICS member-states (China, Russia, Brazil, India and South Africa) have a combined nominal GDP equivalent to approximately 20 percent of the gross world product.