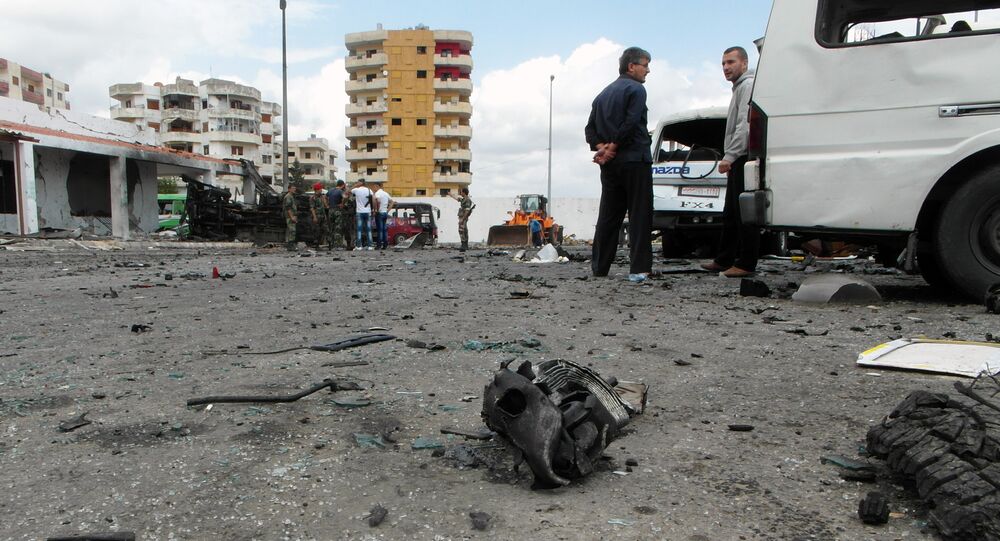 The establishment of permanent Russian military bases in Syria will help in the fight against terrorism, the Syrian Defense Ministry told Sputnik on Monday.

© Sputnik / Grigoriy Sisoev
Russia to Equip Navy Base in Syria’s Tartus With Air Defense, Anti-Sub Systems
MOSCOW (Sputnik) — The establishment of permanent Russian military bases in Syria, including a naval base in the port of Tartus, is necessary to boost combat capabilities of the Syrian army in the fight against terrorism, the Syrian Defense Ministry told Sputnik on Monday.

"These bases will enhance combat capabilities of Russia and Syria, as well as its other allies fighting terrorism, to bring the victory over terrorism even closer,"  Brigadier General Samir Suleiman, head of the Media Affairs of the Syrian Army's Political Office, said.

Russian Deputy Defense Minister Nikolay Pankov said at the upper house of Russian parliament earlier on Monday that Moscow was planning  to establish a permanent naval base in the western Syrian port city of Tartus.

In addition, Russia's lower house of parliament ratified on October 7 an agreement with Syria that authorizes the deployment of a Russian air group at the Hmeimim airbase for an indefinite period of time.